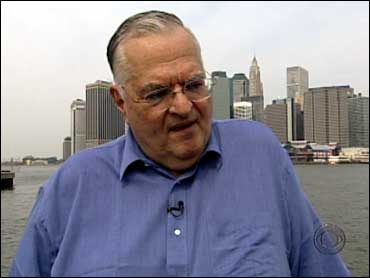 The families of five slain Columbine students asked that a federal grand jury investigate their claims that authorities have covered up evidence that one student was killed by police.

"Lies have been told, beyond any doubt," family attorney Barry Arrington said after he submitted his request to the U.S. Attorney's Office on Tuesday. "The only issue is, why are they lying?"

The families claim an officer accidentally shot 15-year-old Daniel Rohrbough as he fled the school during the April 20, 1999, massacre.

Rohrbough's father, Brian, claims Denver police Sgt. Dan O'Shea told a school administrator he feared he might have shot a student, and that a sheriff's deputy saw the shooting.

O'Shea has said he arrived at Columbine after Daniel was shot.

"You could hear glass breaking, you could see kids running everywhere, and that's when I see the boy coming down the sidewalk, you know, and I see him just fall down," the voice says.

Rohrbough said the recording was made without Taylor's knowledge during a March 2000 dinner with Daniel's mother, Sue Petrone, and stepfather, a longtime friend of Taylor's.

In a Dec. 31 statement, Taylor said he didn't see the shooting and told the Petrones only what he had seen on television and read in newspapers.

Arapahoe County Sheriff Pat Sullivan said he agrees the voice on the tape is Taylor's, and that Taylor could face dismissal if he is found to have lied. Sullivan said that Taylor's written statement, not the taped account, was the correct version of his role in the shooting.

Rohrbough has long claimed his son was shot by a lawman rather than by one of the student gunmen firing from inside the school because of the angle of his fatal chest wound.

Authorities have maintained that seniors Dylan Klebold and Eric Harris were responsible for all 13 people killed and the two dozen more wounded. Klebold and Harris committed suicide in the school library.

U.S. Attorney John Suthers said Tuesday that he would meet with the Justice Department's civil rights office and the FBI to decide if a federal crime had been committed. The families argue authorities conspired to violate their constitutional rights.