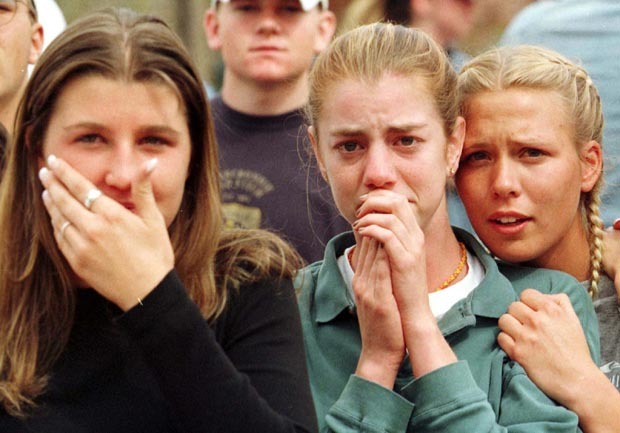 (CBS News) Author Dave Cullen, who spent 10 years researching the Colorado school massacre for his book "Columbine," said on "CBS This Morning" that oftentimes in a rush to understand a mass shooter, the media and the public often misunderstand the killers.

He explained, "After Columbine, three days later, we had it figured out. We, the media, public, everyone understand key things. ...We knew that they were outcast, loner goths from the trench coat mafia who had been brutally bullied by jocks and were doing this as a revenge act to get back at the jocks for doing it," Cullen said. "Everything I just said is wrong. Not one single element of that is true. Definitely wasn't about targeting anyone. There were bombs trying to kill everyone. They were not loners or outcasts. They weren't at the top of the food chain, but they had quite a few friends and they had a very active social life. You look at their (schedule). It's -- they're completely full. So all these things were wrong."

However, the original, incorrect narrative has lived on. Cullen said, "I do a lot of high school and different events and ask people, 'What are the main things you know about Columbine?' And they say all those things. The thing is this week whatever we leave the public with is going to be with them forever. We're going to cover this nonstop for a week or two or something. We all know how this goes. And then we go away and something else becomes the story. That closing point whatever it is, whatever ideas we left the public with, they are with us forever."

Cullen declined to characterize Adam Lanza, the alleged shooter in the Newtown, Conn. killings, but said most of the shooters fall into one of three categories: the sadistic psychopath, the mentally ill and the extremely depressed.

"The most rare which is sadistic psychopaths, they know exactly what they're doing, don't care. They're not mentally ill. That's rare luckily, he explained. "More prevalent, but still smallish, is people who are deeply mentally ill. We're talking about a total break with reality. That was true in Virginia Tech, and in Tucson, unfortunately. Some of the notorious cases, but not usually. ... (And those that have) deep, deep extreme depression, people who are suicidally depressed and angry.

"That's the one that shocks people -- and it doesn't sort of compute that a depressed person does this. But that's the pool we're talking about. ... It's people who have gotten to such a point of helplessness and hopelessness, so they're lashing out in an irrational way, and often they're not sure exactly what they're trying to accomplish."

For more with Cullen, watch his full interview in the video above.