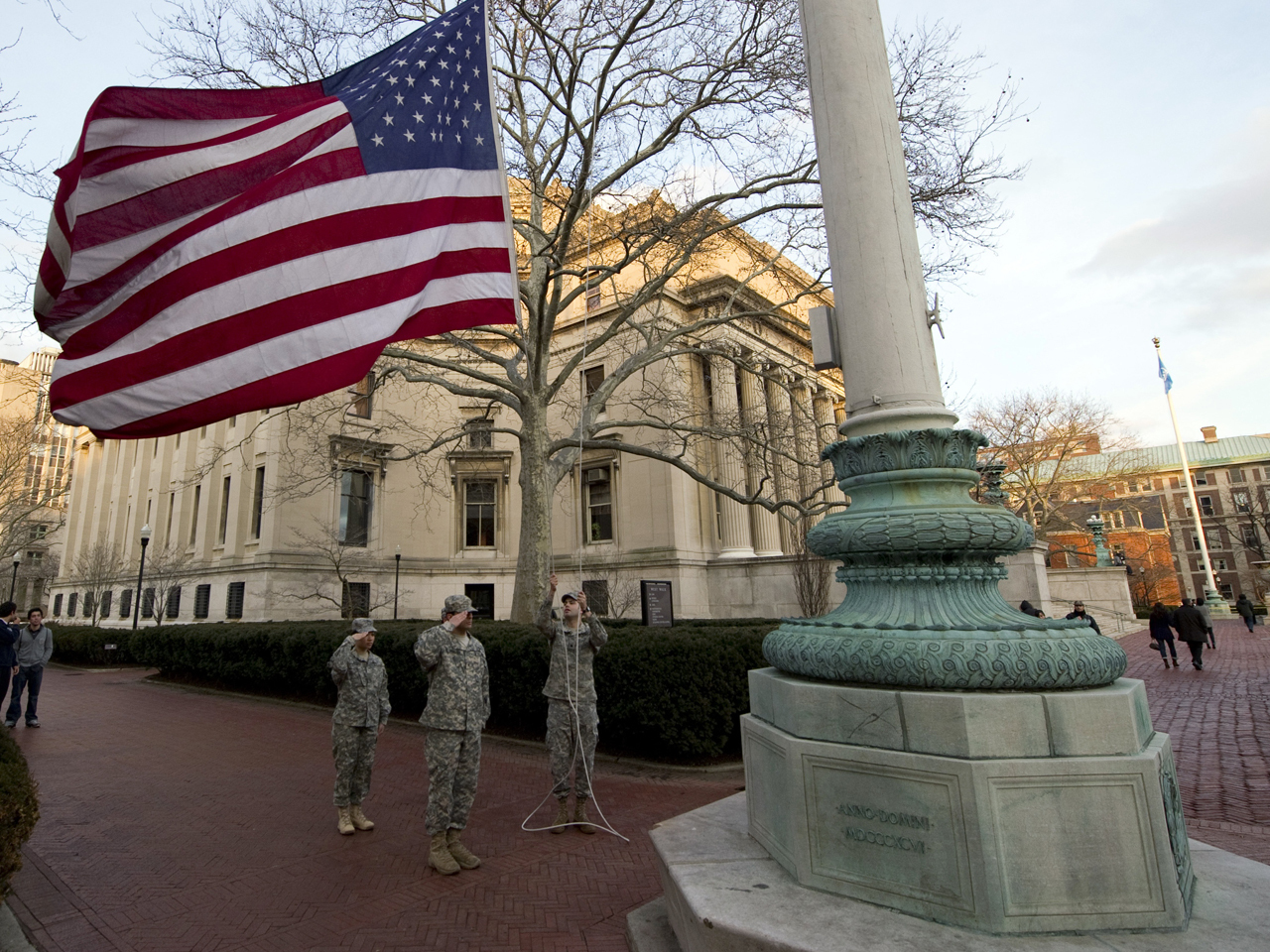 NEW YORK - Student and faculty leaders at Columbia University have voted to welcome the military's ROTC program back to campus four decades after it was banned during the Vietnam War peace movement.

The University Senate voted 51 to 17 with one person abstaining Friday to "explore mutually beneficial relationships with the armed forces of the United States, including participation in the programs of the Reserve Officers Training Corps."

The vote was reported in The New York Times.

Columbia is the latest in a string of Ivy League schools to consider overtures to ROTC following the repeal of the military's "don't ask, don't tell" policy, which many universities considered discriminatory.

Harvard University officials announced last month that they would formally recognize the Naval ROTC 40 years after the program was banned, and Yale and Brown universities are considering lifting their bans. ROTC has units at more than 300 campuses nationwide.

Columbia banned ROTC in 1969 amid student outrage over the Vietnam War. The move came during a period of campus unrest that included student strikes and the occupation of a main academic building.

Militant members of Columbia's chapter of Students for a Democratic Society helped form the radical Weathermen.

At least one former Weatherman was critical of Columbia's decision to bring ROTC back.

"The U.S. armed forces are a blight on the planet," Brian Flanagan told the Times. "I don't support soldiers — I think they're war criminals. So obviously, I'm against ROTC coming back."

Columbia's University Senate, which helps set university policy, voted 53 to 10 six years ago to keep ROTC out. The decisive issue this time was the repeal of the military's ban on openly gay service members.