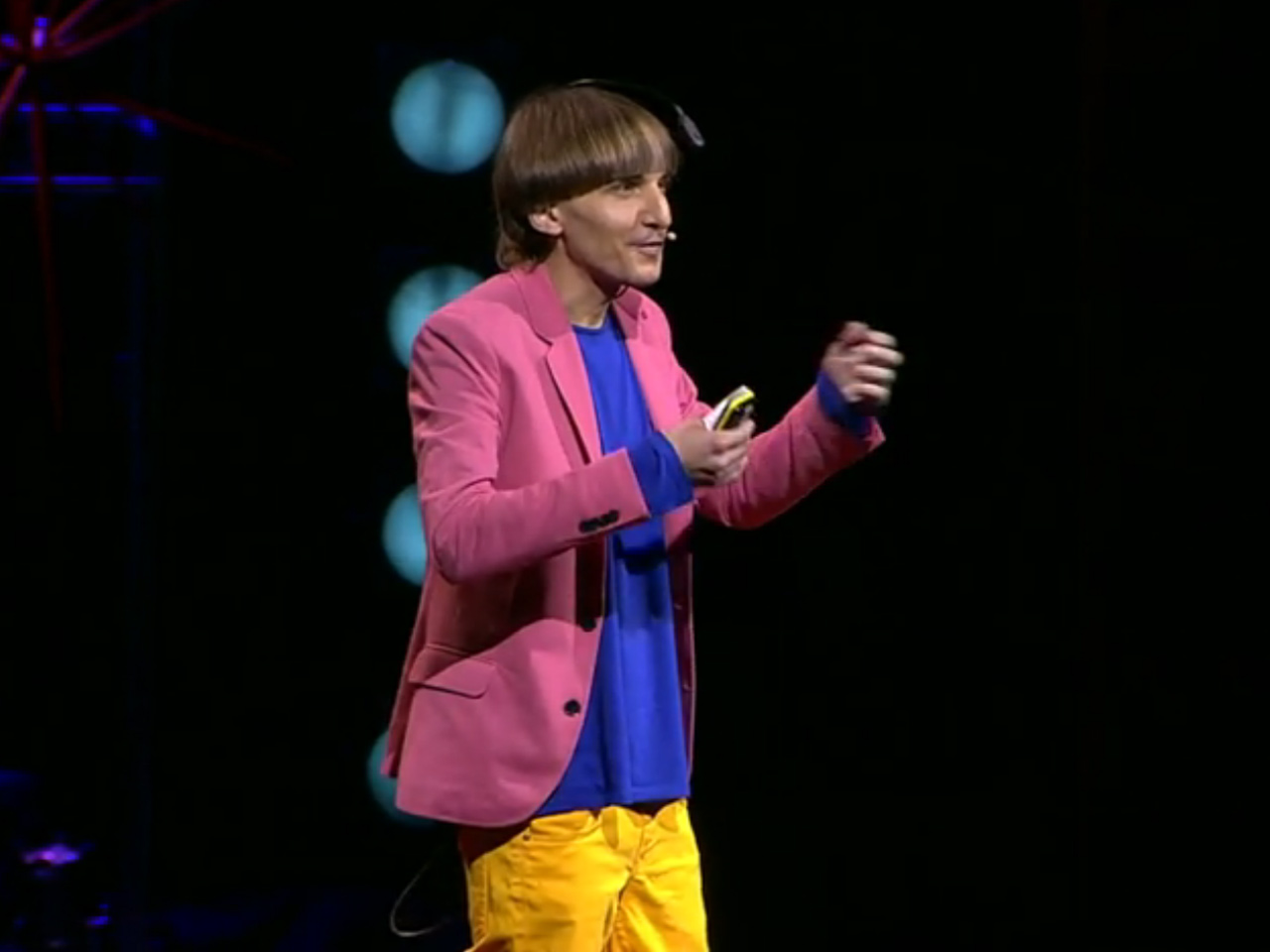 (CBS News) A man who has never been able to see color before is now able to perceive it thanks to a device that lets him listen to colors.

Artist Neil Harbisson suffers from a visual condition called achromatopsia or total color blindness. Harbisson can only see things in shades of grey. So, he partnered with some computer scientists at the in 2003, who created an "electronic eye" for him.

The device - which Harbisson wears on his head - detects the color frequency of the item that is passed in front of it, turns it into a sound frequency and passes the information to a chip installed at the back of Harbisson's head. He then is able to hear the color through bone conduction, or sound waves that are created as they pass through the bones of the skull to the inner ear.

"I've been hearing color for eight years since 2004 so I find it completely normal to hear color all the time," he explained during his TED Talk in June. "At the start, I had to memorize the names you give for each color, so I had to memorize the notes, but after some time this information became a perception. I didn't have to think about the notes, and after some time this perception became a feeling."

Now, the artist can go to an art gallery - which he compared to listening to a concert - and hear the paintings. He also enjoys walking in supermarkets, which he likened to going to a nightclub.

"It's just full of different melodies," he said excitedly.

He also now has the ability to translate songs and speeches into colors using their sound frequencies. Justin Bieber's "Baby" (see below) is full of bubble gum pinks and neon yellows.

Martin Luther King Jr.'s and Hitler's famous speeches look visually appealing (see picture below). Harbisson admitted that when he tells people the one on the left is Hitler, people tend to say they like the other one better.

Thanks to the device, Harbisson he now has favorite colors. He also added infrared and ultraviolet colors to the device so now he can "see" colors that the human eye cannot perceive. One other side effect is that he has started to dream in "color." He hears the electronic sounds in his sleep, even if he no longer had the device on.

"That's when I began to feel like a cyborg," he said. "It's when I started to feel the cybernetic device was no longer a device, it had become a part of my body, an extension of my senses."

To learn more about Harbisson and hearing color, watch the TED talk below.