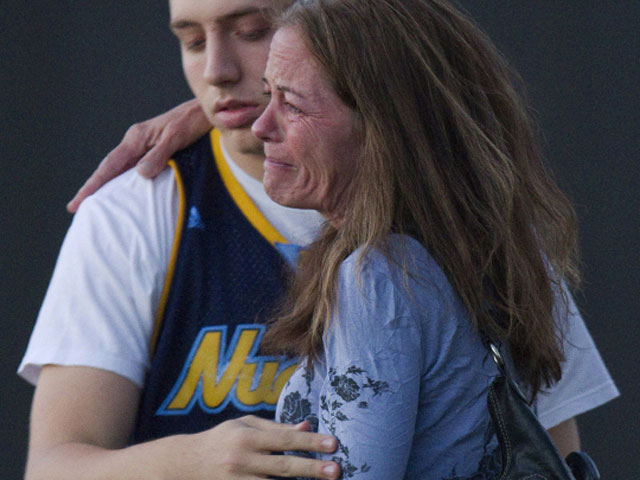 "He had a gas mask on so I couldn't see his face," a witness named Jennifer told CBS Denver. "All I smelled was gunpowder in the air and gas was getting to me."

At first, moviegoers didn't know what was happening and some thought the attack was part of the show. Then they saw a silhouette of a person in the smoke at the front of the theater near the screen, pointing a gun at the crowd.

The shooter reportedly sprayed the crowd in Theater 9 with bullets, stopping at least once to reload, according to witnesses. Authorities are now saying that 12 people have been confirmed dead and dozens more were injured in the attack.

The alleged shooter, 24-year-old James Holmes, was taken into custody soon after the shooting in the parking lot of the Century 16 multiplex.

Complete coverage of the Colorado Theater Shooting on Crimesider