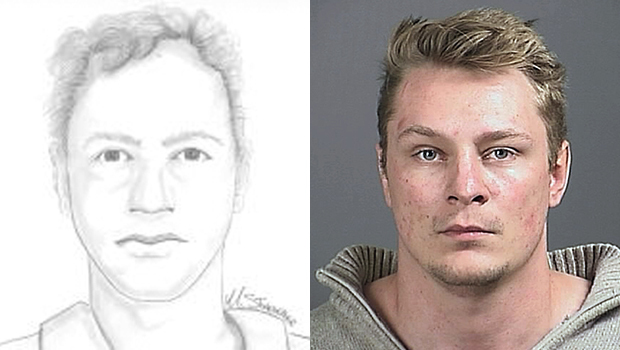 (CBS) - Police in Aurora, Colo. believe they've tracked down the man who attempted to kidnap an 8-year-old girl from her bedroom last week, reports CBS Denver.

Johnathan Snorsky, 26, has actually been in custody at the Arapahoe County Jail since Tuesday, the day after the girl was briefly taken from her bedroom. Police arrested Snorsky at his home in East Aurora the day after the crime for an unrelated charge.

Division Chief Rob McGregor of the Aurora police said that the girl - who got away from her kidnapper after being taken from her home - provided a description of her abductor that was key in identifying him.

Neighbors told the station they had no idea the man living down the street was the man police were looking for.

"All this news is just shocking to us," said neighbor Carlos Ramirez.

The station reports that on his personal website, the self-described self-taught artist tells of a tormented childhood and being in and out of jail for burglary. Now he says he's a guide for broken children.

Franco Argueta says he saw Snorsky's other side when he briefly displayed his pictures at his art gallery.

"Some of his art was edgy and a little disturbing," Argueta said. "He made some of the members a little nervous because of his obsession more with himself than the passion for art."

In a YouTube video Snorsky reportedly said he wants to help children through art.

"Give them something to dream about more than just sitting on the corner and selling drugs or go robbing people, because life is so short and there's so much to it," Snorsky said in the video.

Court documents are expected to be released Monday with more details about the case.

Aurora police are urging anyone who may have been in contact with Snorksy to give their investigators a call right away.

Complete coverage of the attempted kidnapping of an 8-year-old girl in Aurora, Colo., on Crimesider