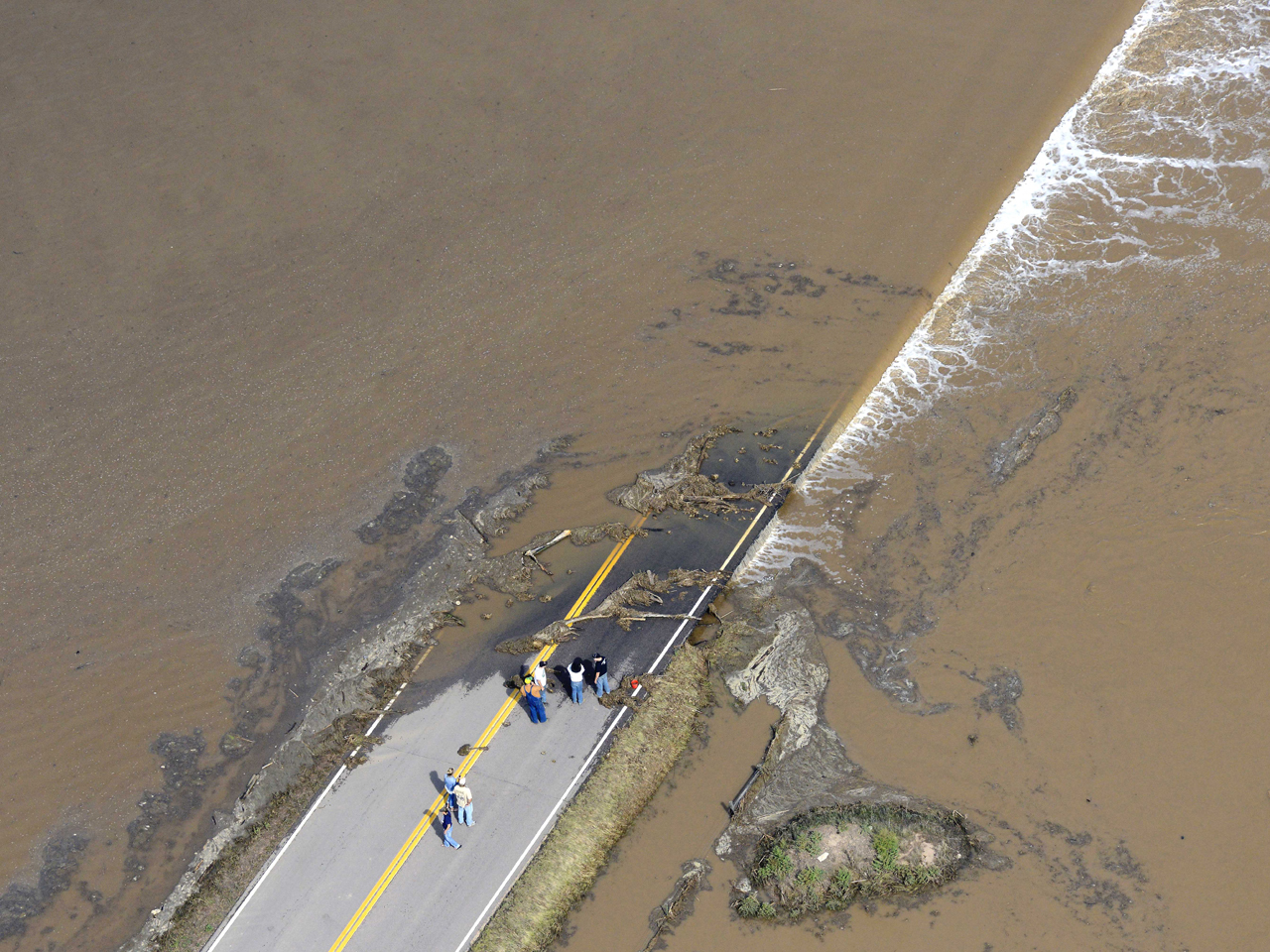 BOULDER, Colo. While touring the area of the Colorado foothills devastated by deadly flooding on Saturday with the state's congressional delegation, Colorado Gov. John Hickenlooper's helicopter stopped to rescue a pair of flood stranded groups, the governor said at a press conference Saturday.

Praising the ability of his pilot to "get inside of four acorns in a parking space," Hickenlooper said they dropped in to save the two groups of six people total after they were spotted by Rep. Cory Gardner, R-Colo.

"Congressman Gardner, clearly with the best eyes of any of us, saw some civilians waving, trying to get rescued," Hickenlooper said.

Hickenlooper also said Saturday he had spoken with U.S. Transportation Secretary Anthony Foxx, who "was adamant that the $5 million that was released Friday was just the beginning" of federal assistance. President Barack Obama signed a disaster declaration and ordered federal aid for Colorado.

Additionally, the Colorado governor said he had consulted with his counterpart in Vermont who is experienced in dealing with such disasters, and came away believe "we're going to come back and rebuild better than it was before."

On Saturday, the surge of water reached the plains east of the mountains, cutting off more communities and diverting some rescue operations.

Four people have been confirmed dead since the harrowing floods began Wednesday. And hundreds of others have not been heard from in the flood zone, which has grown to cover portions of an area nearly the size of Connecticut.

Some of those who are unaccounted for may be stranded or injured. Others might have gotten out but not yet contacted friends and relatives, officials said.

Police expected to find more bodies as the full scope of damage emerges.

"I expect that we're going to continue to receive reports of confirmed missing and confirmed fatalities throughout the next several days," he said.

Two fatalities were identified by the Boulder County coroner Saturday as Wesley Quinlan and Wiyanna Nelson, both 19.

Authorities believe the couple died when they were swept away after driving into floodwaters and then leaving their vehicle. Their cause of death is under investigation.

The military put more troops on the ground and helicopters in the air to aid in the search-and-rescue effort.

By Saturday night, 1,750 people and 300 pets had been evacuated from Boulder and Larimer County, National Guard Lt. James Goff said.

The airlifts will continue Sunday with helicopter crews expanding their searches east to include Longmont, Fort Collins and Weld County.

It was not clear how many people were still stranded.

Rain was expected to start up again in the mountains and foothills, with between a half-inch and 2 inches forecast to fall overnight, according to the National Weather Service.

Crews also used inflatable boats to pick up families and pets from farmhouses on Saturday. Some evacuees on horseback had to be escorted to safe ground.

Near Greeley, 35 miles east of the foothills, broad swaths of farmland had become lakes, and the raging South Platte and Poudre rivers surrounded more homes.

In one Boulder neighborhood, residents turned back city crews and machinery that arrived to remove the makeshift berms and sand-filled trash bags protecting their homes. University of Colorado students helped homeowners improvise a way to divert the rising water from Gregory Creek.

"The residents know better than anybody else how the water flows through the neighborhood," said Colleen Scanlan Lyons.

In communities where floodwaters began receding, homeowners had a chance to assess damage.

In Laporte, Wendy Clark surveyed soggy carpets and furniture that got damaged by the Poudre River.

"This mud smells disgusting," she said. "I don't know how long that's going to be around."

Remember when governors used to win the presidency?