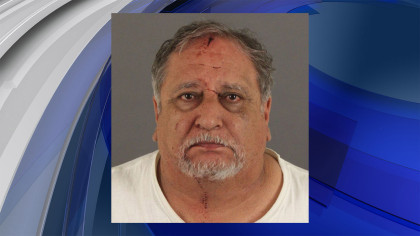 COMMERCE CITY, Colo. - An elementary school teacher in Colorado is accused of sexually assaulting five female students between the ages of 9 and 10, reports CBS Denver.

Gilbert Joseph Trujillo, 65, is facing 11 counts of sex assault in connection with crimes that allegedly happened between 2005 and 2010 when he worked as a fourth and fifth grade teacher at Dupont Elementary School in Commerce City. He hasn't been employed there since 2011.

The allegations reportedly include kissing, fondling and inappropriate touching.

According to an arrest affidavit, one parent told police that Trujillo would keep her daughter inside at recess every day and expose himself and touch her daughter. The woman also told investigators that her daughter brought home new books and candy from school but the woman didn't ask her daughter where the items came from and didn't know why she had received them, reports the station.

The girl told police that she told some of her friends what was happening and when Trujillo confronted her, he told her if she said anything else, "something will happen."

At the end of the school year, the girl and her family moved away but the girl told police that Trujillo then tried to add her as a friend on Facebook, according to the station.

According to the arrest affidavit, several female students of Trujillo's said he gave gifts and candy to his "favorite" students. One student told investigators that Trujillo would sometimes touch students who stayed after school on the shoulders, arms or legs and would at times have students sit on his lap.