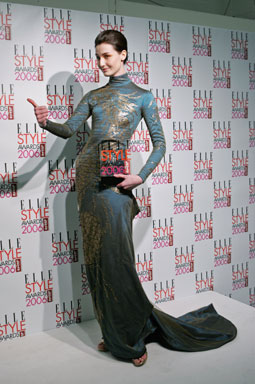 Bartolo Colon used heat and lots of it.

"We went back and checked and 51 of his first 55 pitches were fastballs," Indians manager Mike Hargrove said after Colon led Cleveland over the Anaheim Angels 7-5 Monday night. "We wanted him to mix in some breaking balls. Once he did that, the fastball was more effective."

"I struggled with my breaking ball early, so I wanted to throw fastballs," Colon said.

Colon beat Anaheim for the third time in three starts this season and improved to 8-1 with a 2.42 ERA since the All-Star break. He allowed five runs and six hits in seven innings, walked two and struck out six, including Vaughn twice on pitches clocked at 100 mph or more.

"He got stronger as the game went on," Vaughn said. "It was a lot of fun to be challenged like that."

Paul Shuey struck out the side in the eighth and Mike Jackson finished for his 32nd save in 35 chances.

With Anaheim ahead 5-4, Roberts doubled leading off the seventh and scored on a throwing error by Al Levine (1-1), who threw the ball down the right-field line after fielding Omar Vizquel's bunt single.

Alomar then doubed off the wall in right-center for his 96th RBI, a career high. Vizquel singled home a run in the eighth.

Roberts hit his first career homer, a three-run drive that put Cleveland ahead 4-1 in the second. Roberts, who made his major league debut Aug. 7, had just 24 homers in 2,340 at bats in the minors.

"It felt great," Roberts said. "The first homer for anybody is an occasion. I thought I hit it well. I thought that if that one didn't go out I don't know if any I would ever hit would go."

Anaheim tied it on Anderson's three-run homer in the third.

"I guess when I got him the first time up that made him mad," Vaughn said.

With runners on first and second and two outs in the fifth, Colon threw five consecutive pitches clocked at 100 mph, with Vaughn fouling off three. On the eighth pitch, Vaughn fanned on a fastball clocked at 101 mph.

"The only other guy I know that throws like that is Pedro Martinez," Vaughn said. "Both those guys, their ball explodes going down. Most guys that throw hard, the ball explodes up in the zone."

Alomar singled in a run in the first. Edmonds put Anaheim ahead 5-4 when he homered in the fourth.