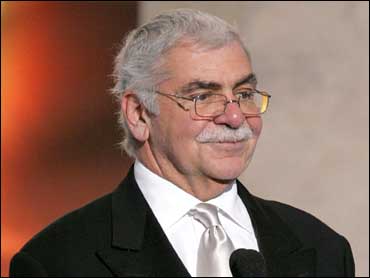 Siegel, best known as the resident movie critic on ABC's "Good Morning America" for 25 years, was surrounded by family and friends as he passed away after a long battle with colon cancer.

He continued working almost until the end of his life without losing his cheerful personality and trademark wit, a colleague writes on the network's Web site.

"Still at work only two weeks before his death," writes Bill Blakemore of ABC News, "he had this reporter and several others chortling in an elevator over a line he was about to broadcast about there being so many new penguin movies lately that soon they would outnumber the penguins themselves."

He moved to New York in 1972 where he was a feature reporter for WCBS-TV. He also hosted "Joel Siegel's New York" on WCBS Radio.

Siegel began working as a film and theater critic on WABC-TV in 1976. He joined "Good Morning America" in 1981.

Funeral arrangements are currently being planned by his family.