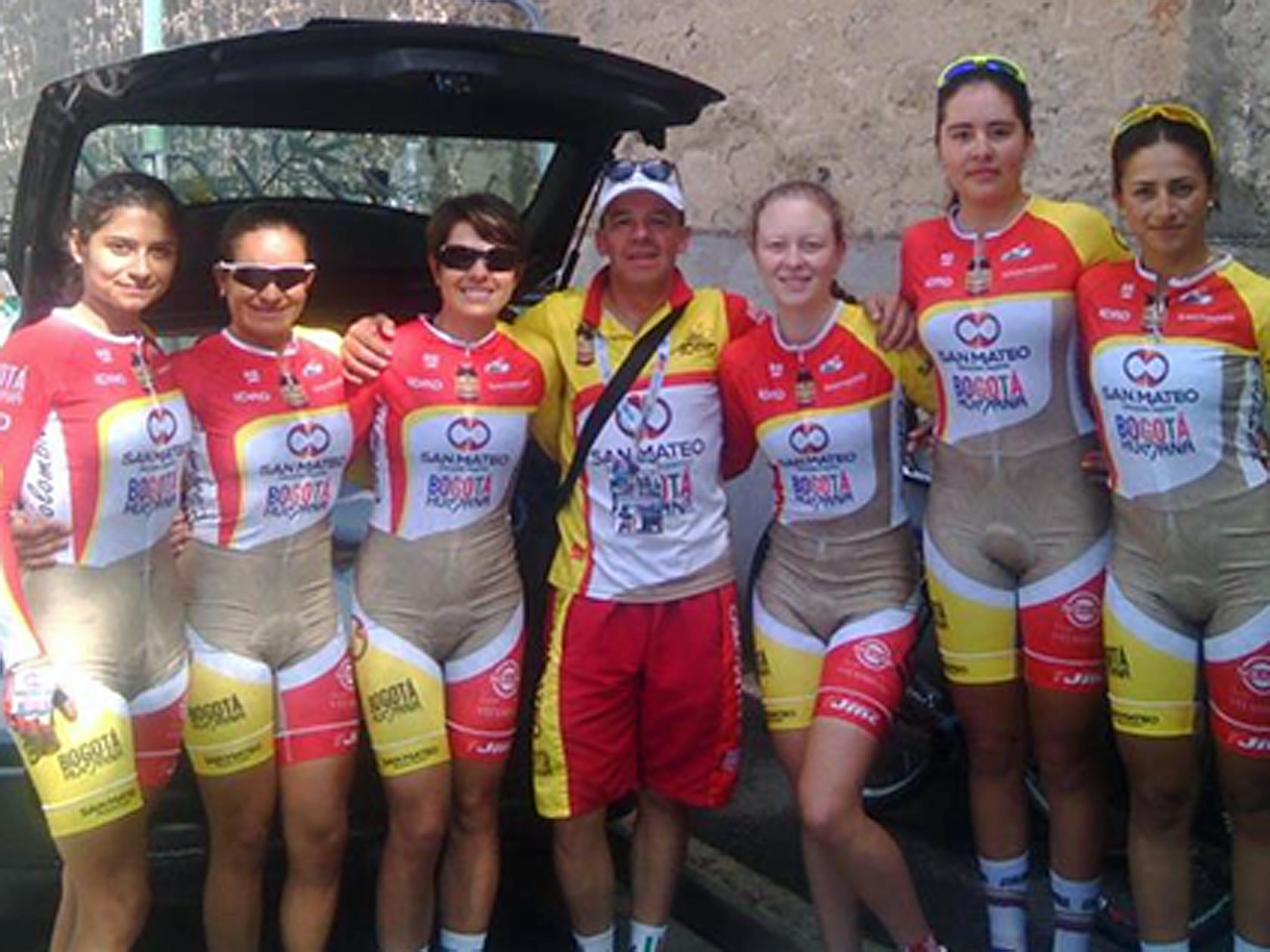 AIGLE, Switzerland -- Flesh-colored uniforms worn by a Colombian women's cycling team were "unacceptable," according to the International Cycling Union president.

The uniform, with a flesh-colored section between stomach and thighs, was worn by IDRD-Bogota Humana-San Mateo-Solgar riders at the Tour of Tuscany in Italy over the weekend.

UCI President Brian Cookson wrote on his Twitter account that "it is unacceptable by any standard of decency."

"The UCI will be sending a letter to the Colombian federation reminding them of their responsibility ... in the control of regional and club team kits that compete in international events," it said in a statement.

Colombia's national cycling program, "Ultimo Kilometro," was indignant at the controversy, posting side-by-side photos of the female riders in the now infamous uniforms and one of a male team wearing uniforms made almost entirely of the same flesh-colored fabric.

"For those who cannot see beyond a design. It's cycling, not fashion," said the organization in its tweet.

It was unclear if the six-member team was intended to be kitted in similar uniforms next week while representing Colombia at the road world championships in Ponferrada, Spain.

"To the many who have raised the issue of a certain women's team kit, we are on the case," the British official wrote.