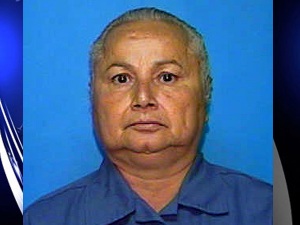 (CBS/AP) BOGOTA - Police in Colombia say an unidentified gunman has fatally shot a convicted drug trafficker once known as the "Queen of Cocaine," or sometimes the "Godmother of Cocaine."

Col. Mauricio Cartagena of Medellin's metropolitan police said Tuesday that 69-year-old Griselda Blanco was gunned down in the city on Monday. Blanco was among the first Colombian women to traffic cocaine to the United States in the 1970s and 1980s.

Cartagena said Blanco was at a butcher's shop when a man approached and fired at her before escaping on a motorcycle driven by another man.

The police official says authorities don't have a firm motive but says it may have been a revenge shooting. Blanco had allegedly ordered so many murders during her time as a top trafficker, her hitmen lost count, according to CBS affiliate WFOR-TV in Miami.

Blanco died on the way to the hospital.

She had returned to Colombia in 2004 after serving a 19-year trafficking sentence in the United States. She escaped the electric chair in Florida though following a sex scandal at the state attorney's office that tainted the case, according to WFOR.

Two of her three sons were murdered the moment the United States deported them back to Colombia and many expected the same for Blanco, according to WFOR.