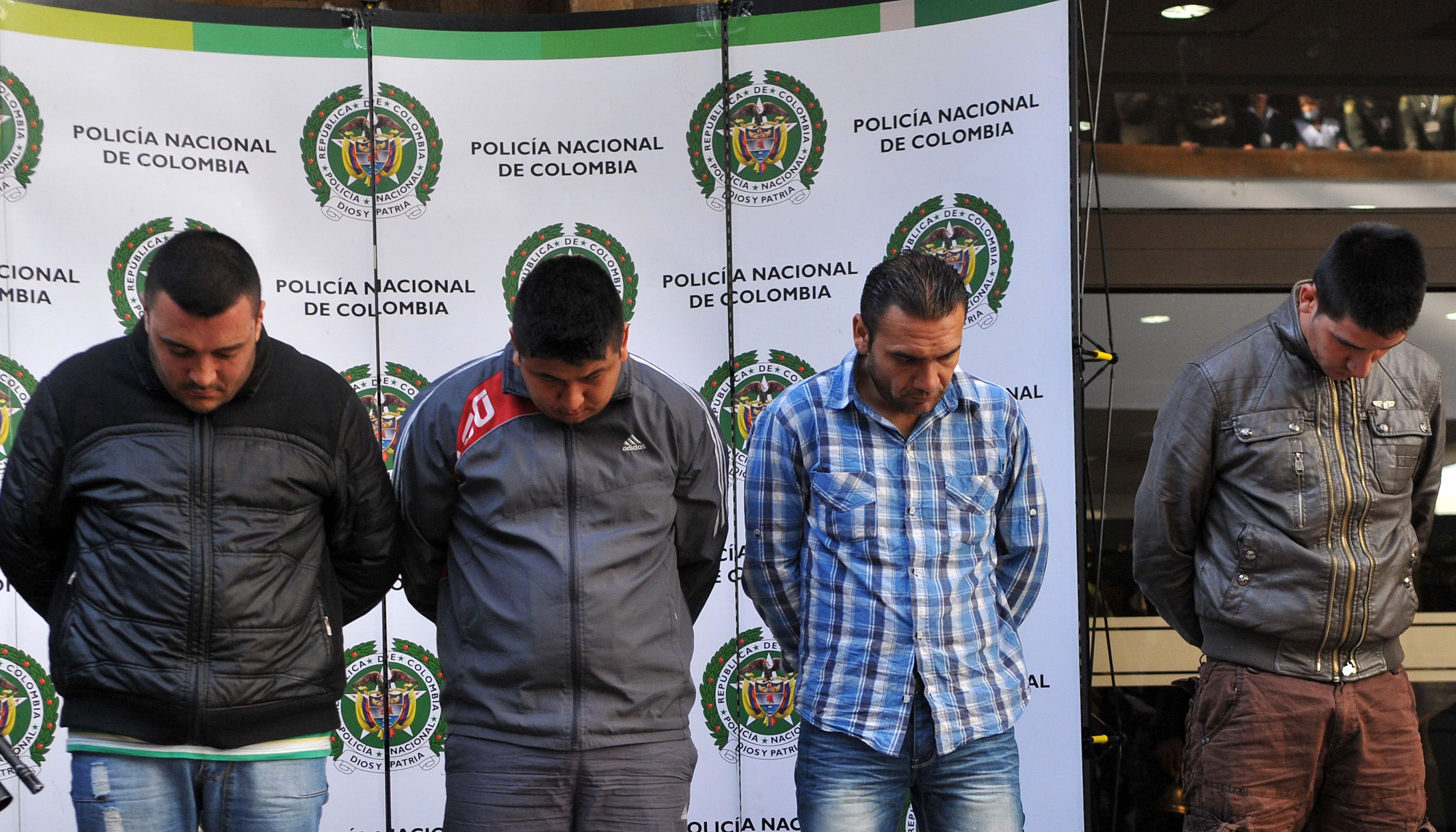 Seven Colombian men are en route to the United States to face charges in the killing of a U.S. Drug Enforcement Administration agent in Bogota last year, federal officials have confirmed to CBS News.

James "Terry" Watson, a DEA agent on assignment in Colombia, was at a bar in Bogota watching the NBA finals on June 30, 2013. He walked out of the bar and hailed a cab - the cab was a fake, part of a robbery scheme known as a "millionaire ride," where victims are drugged and taken to ATM machines to withdraw money.

At a stop light, Watson's cab was approached by another car and two men jumped in. Watson, according to authorities, resisted, and was stabbed. He ran out of the cab, collapsed and died from his wounds.

Colombian police subsequently arrested a group of men for the murder and a U.S. grand jury indicted some of them.

On Tuesday morning, seven men were put on a U.S. government plane in Bogota and extradited to the United States to face charges of killing Watson. The men are to appear in U.S. District Court in Alexandria, Virginia.

Colombian authorities have tied the men to more than 50 such robberies, according to Colombian press reports.

Colombian media has security video of the incident. There is no indication Watson was singled out as a DEA agent.