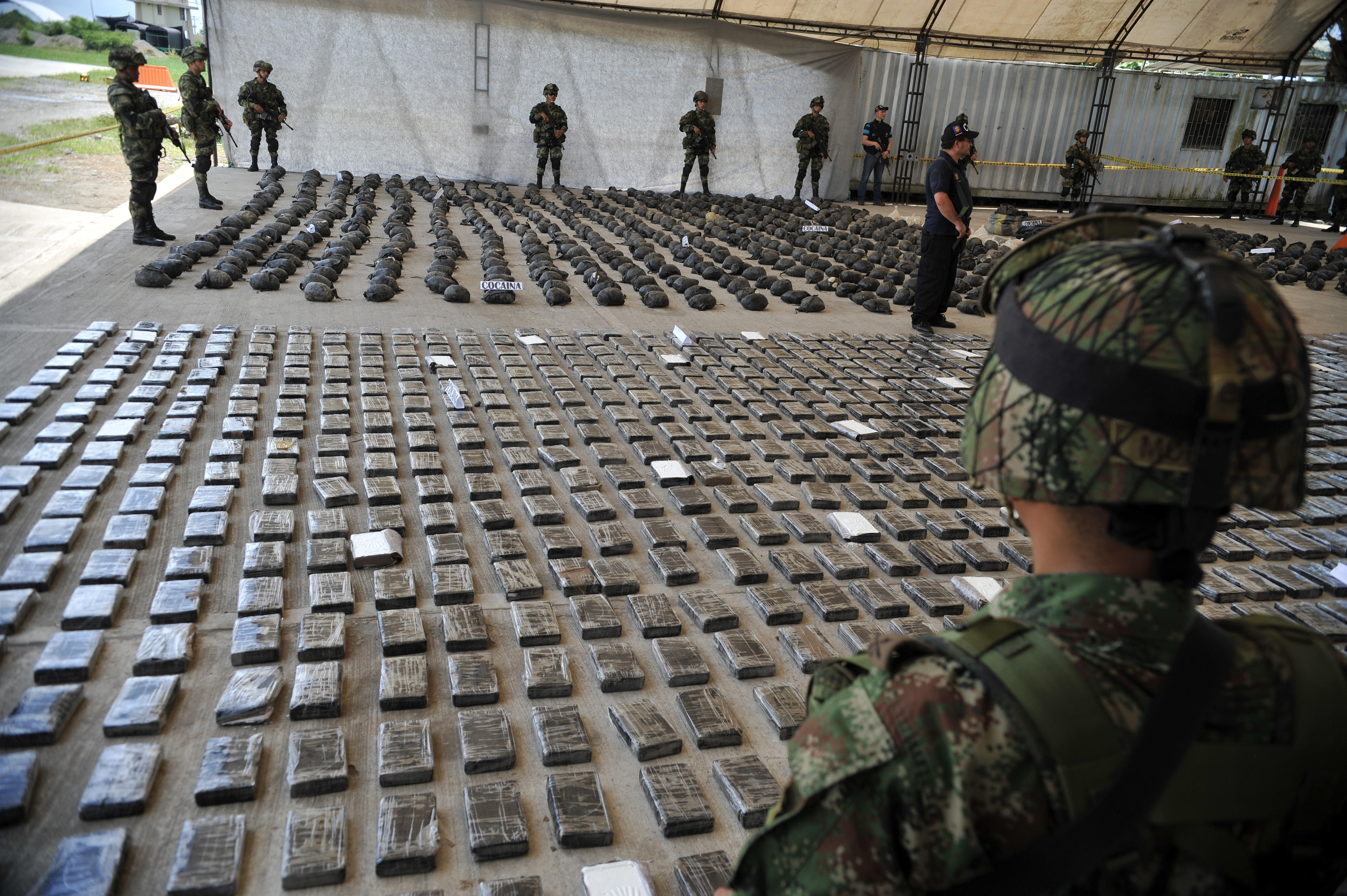 Cultivation of the plant used to make cocaine rose 18 percent last year from 2015, with coca crops planted on an estimated 188,000 hectares (465,000 acres) of the Andean nation.

Much of the coca boom has been centered in remote hamlets like Puerto Bello, in southern Colombia, where peasant farmers who’ve lived for decades under the dominance of leftist rebels are anxiously awaiting the rollout of a joint rebel-government plan to wean them off illegal crops in the aftermath of a historic peace accord last year.

“The coca leaf is our sustenance,” said Eduardo Espinosa, 49, who has relied on coca production to make a living for 17 years. “But it has only brought us exhaustion, notoriety and disillusion.”

Yet U.S. officials contend the agreement has also provided a perverse incentive for farmers to grow coca, knowing they would later be awarded subsidies if they agreed to renounce coca and grow products like potatoes and fruit instead. Cocaine production began increasing in 2013 and has steadily risen every year since, in part also due to a rise in the dollar’s value and a decision to end aerial fumigations in 2014 over health concerns.

“We have been fumigating these illegal fields for 20 years and we have not achieved great results,” said Rafael Pardo, the Colombian government’s top post-conflict strategist.

When the U.S.-backed anti-narcotics initiative Plan Colombia began in 1999, Colombia had 123,000 hectares (304,000 acres) of coca - about one-third less than it did last year. Those figures rose to a high of 170,000 hectares (420,000 acres) in 2001 and then began to decline. The biggest percentage increase over the last two decades took place in 2015, when coca production rose nearly 42 percent. But at no point since at least 1994 has coca production been this high.

The new figures indicate last year’s coca production has expanded across an area more than twice the size of New York City.

“Colombia is in the midst of a coca boom,” Adam Isacson, an analyst at the Washington Office on Latin America, wrote in an analysis of the soaring numbers.

“The coca boom’s causes are complex, and Colombia’s government is hoping that the U.S. government will respond in a manner that recognizes this complexity and joins it in pursuing a lasting solution within the peace accords’ framework,” Isacson wrote.

Colombian government officials and leaders in the Revolutionary Armed Forces of Colombia have been traveling to remote areas seeking to persuade farmers to voluntarily eradicate coca crops, while police and military have been deployed to manually destroy plants. The government’s goal is to eradicate 100,000 hectares (250,000 acres) of coca this year between both approaches.

“We have a plan in action that is concrete and measurable, with sticks and carrots,” President Juan Manuel Santos said in a speech Tuesday night.

Thus far, 55,000 families in eight departments have signed pledges to stop growing coca, though many experts are skeptical that poor peasants with little faith in government institutions will entirely renounce an illicit crop that provides their livelihoods. Some 82,000 families across Colombia depend on coca for their sustenance, providing an income of about $1,180 per peasant a year.

The country’s top officials say curbing drug production will be critical to the peace agreement’s success.

In Putumayo, a department along Colombia’s border with Ecuador that is one of the nation’s top coca producers, farmers said they would be willing to renounce drug production if the government provided a viable alternative. Peasants here signed a pledge to develop legal crops earlier this year, but many doubt they could support their families on food crops alone.

The stark fallout from past eradication efforts remains a fresh memory. Abandoned fields are still visible along roadsides. Palm trees exposed to aerial fumigation have failed to grow new fronds.

To reach the small village of Puerto Bello, travelers must journey from the nearest city by river and dirt road. Living among coca crops is so common that even young children know how to pluck the leaves. Recently, police and military officials arrived and began destroying makeshift laboratories that turn the coca leaves into cocaine paste nearby.

“We have always been willing to substitute,” said Julio Cesar Jaramillo, a 43-year-old farmer. “But the government has promised and deceived us.”