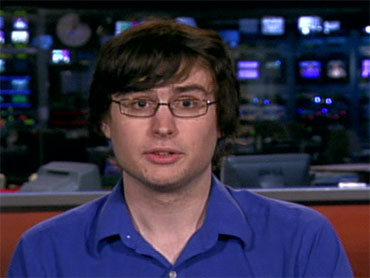 American University's school newspaper editor learned there's a fine line between conversation and controversy when the paper printed a column on date rape.

The editor says the column was an attempt to start a dialogue, but admits it felt short of its aims, causing an uproar on the Washington D.C. campus.

Student columnist Alex Knepper ignited the debate when he wrote an article in The Eagle saying, "Any woman who heads to a party, drinks five cups of jungle juice, and walks back to a boy's room with him is indicating that she wants sex."

Knepper's claim that there is a "massive" double standard between what's acceptable for drunk men and drunk women has received some support.

"[Knepper] had a point to be made, and there's some truth in it," she said.

Others criticized The Eagle, flooding its office with e-mail and tweeted responses.

"It approached it in a way that was very hurtful, that brought back very traumatic memories from people," said Brown.

The Eagle's Thursday edition ran an apology saying, "We are sorry." The newspaper also suspended columns similar to Knepper's and is reviewing its editorial policy.

For more on the the students' reactions click on the video below to watch the debate on "The Early Show."