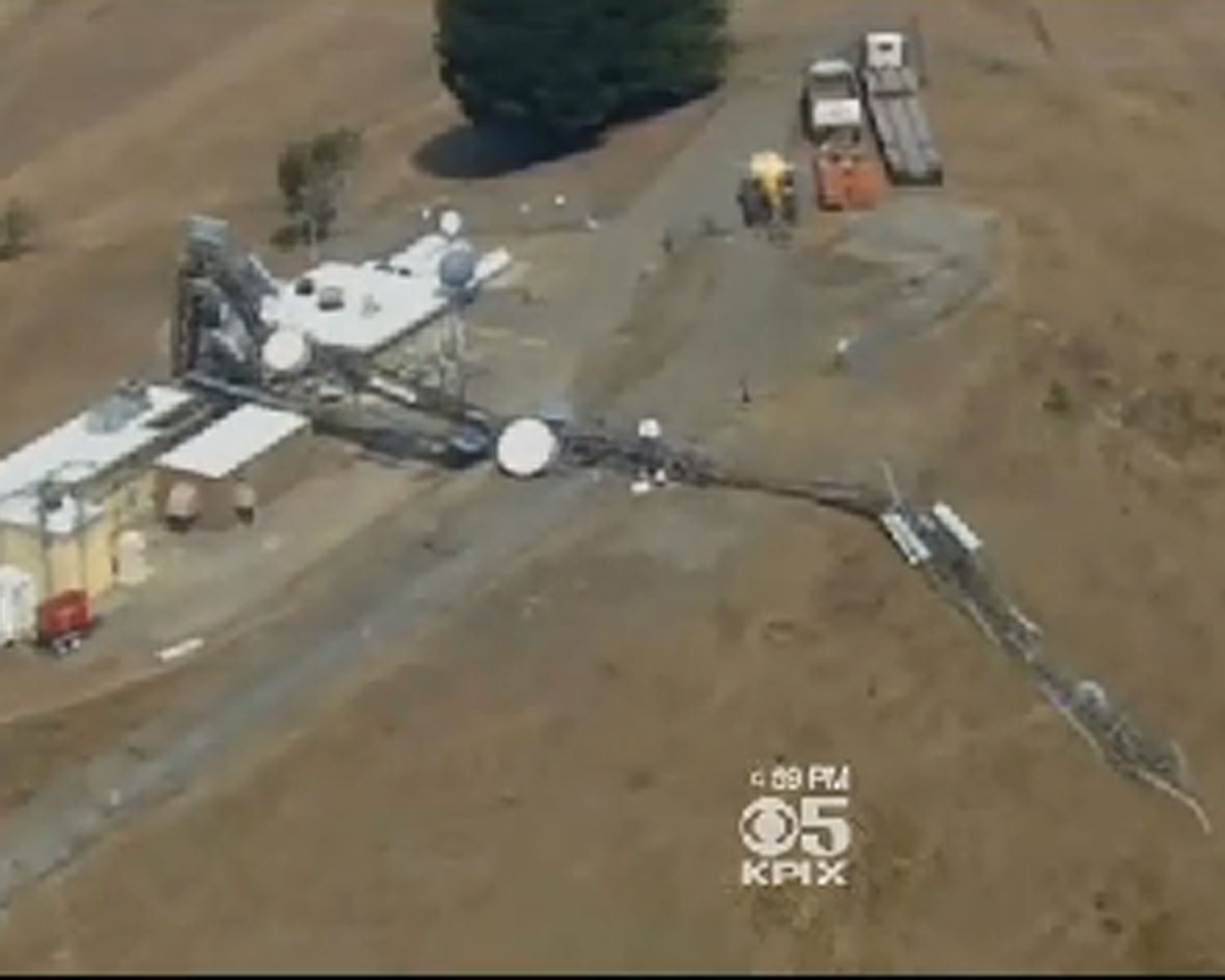 Officers were notified of the collapse around 9 a.m. Monday and said it had happened over night. Responding officers found that cables that hold the tower in place had been cut, causing it to fall, police Capt. Mark Ruppenthal said, according to the station.

No one was injured as a result of the collapse. Investigators said a first look at the scene indicates vandalism may be involved. They said it appears as if about $1 million worth of damage has been done.

A Contra Costa County fire official told the station the collapse has affected some dispatch services in the western part of the county. Ruppenthal said backup radio systems prevented any disruptions to radio traffic in the area.

He said investigators are trying to determine why vandals would target the tower, which is located in a remote area behind multiple gates and fences.

The tower is owned by American Tower, which owns or manages over fifty thousand towers used by cell phone companies, broadcasters and emergency services agencies.