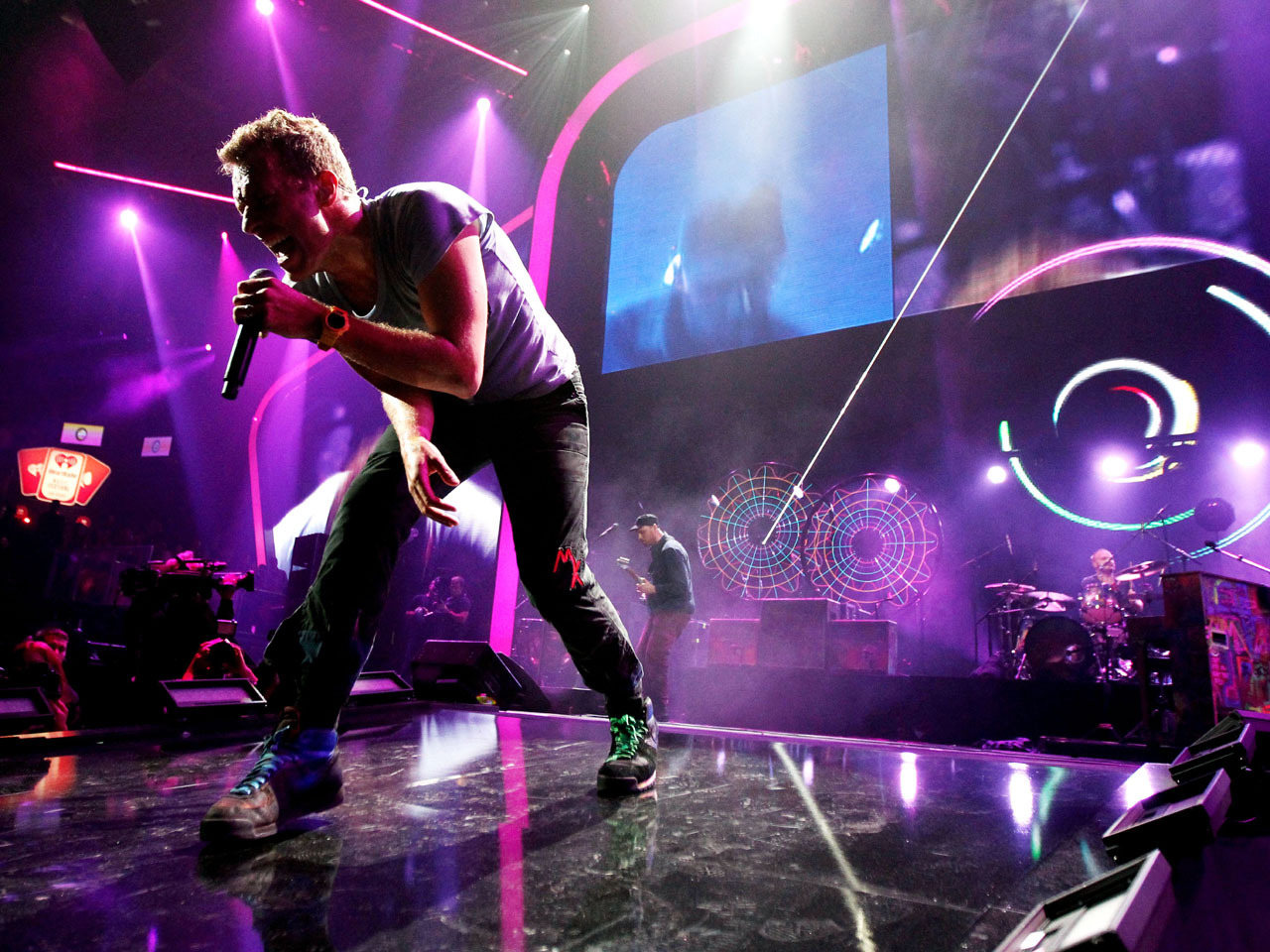 (CBS) The people have spoken and they can't get enough of Coldplay's new album "Mylo Xyloto."

The band's fifth studio album debuted at the top of the Billboard charts, selling 447,000 copies in the first week of its release, according to Nielsen SoundScan.

In addition, the British group set a new weekly digital album sales record and achieved the second-biggest first-week sale of 2011 for an artist album, reports Billboard.

The album beat out tough competition from "American Idol" winner Kelly Clarkson, who debuted at No. 2 with her fifth album, "Stronger."

According to The New York Times, the chart-topping band was helped by heavy promotion on iTunes and a marketing campaign that included streaming on YouTube and Vevo.

"Mylo Xyloto" topped charts around the world, reaching No. 1 in at least 17 countires including Britian, France, South Africa, South Korea and Mexico, with results still coming in, Coldplay's record label told the Times.