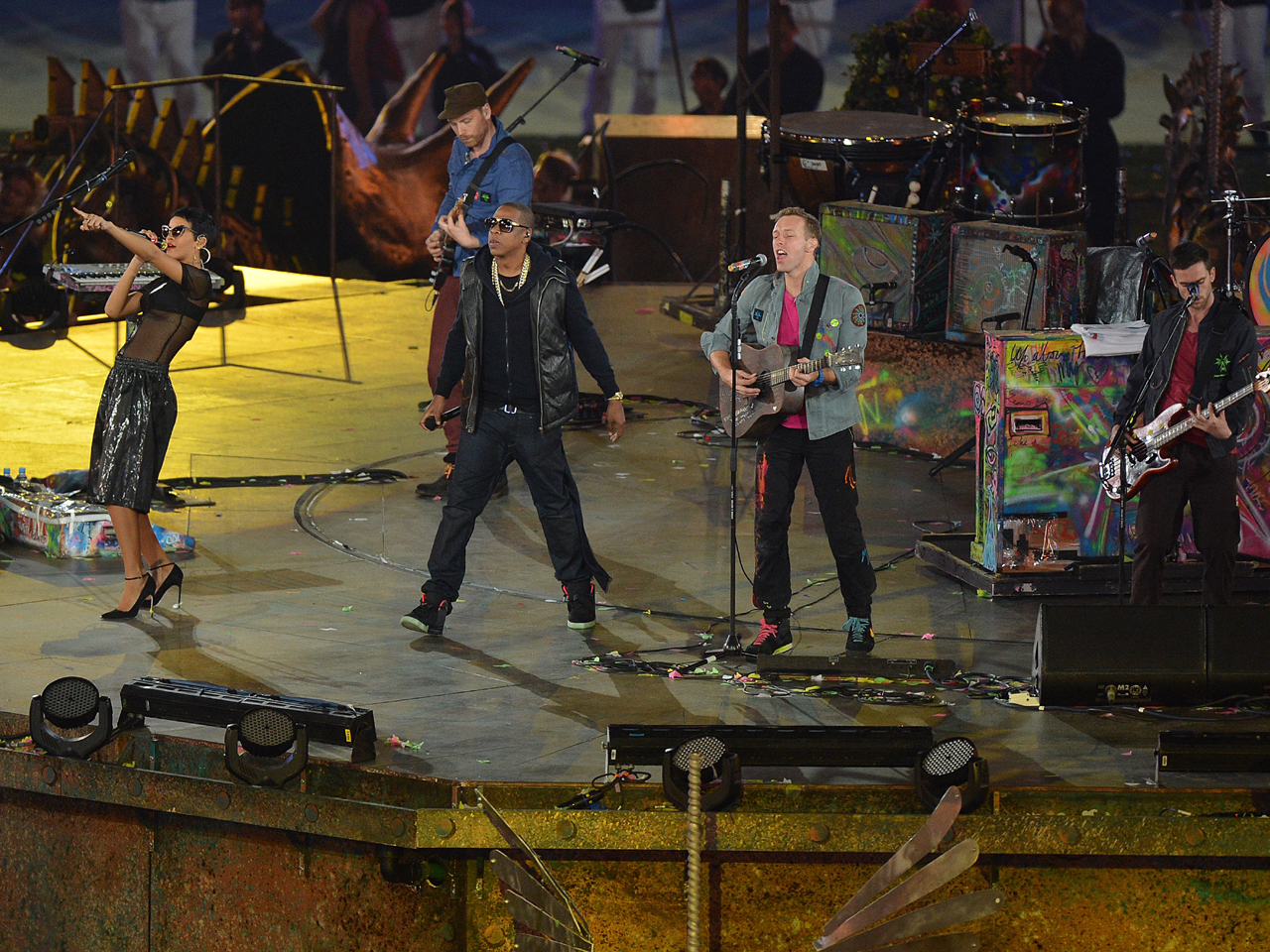 (CBS/AP) Coldplay, Rihanna and Jay-Z rocked the Olympic Stadium on Sunday night to give the biggest-ever Paralympic Games a rousing send-off, wrapping up an unforgettable summer of sports in Britain.

The three-hour party at the packed 80,000-seat arena in east London gave the world a chance to celebrate 11 days of Paralympic competition that have shifted perceptions and shattered stereotypes about the disabled.

Coldplay wrapped up the Games with a 16-song set that featured collaborations with Rihanna and Jay-Z.

Proud flag-bearers from all competing nations marched in before a Mad Max-style parade of 25 trucks and motorcycles, in shapes that included peacocks and fish,  and stormed the stadium to  kick-start Coldplay's set.

"Nobody said it was easy," a lyric from the moving song "The Scientist," seemed particularly apt for the occasion.

Rihanna joined the British group for a live rendition of "Princess of China" before performing her hit "We Found Love" while swinging in a chair, high above the stage, a performance sure to give her insurer a heart attack.

"Being at the Paralympics is the biggest honor," said Rihanna, who first appeared dressed in a flowing orange gown before changing to a see-through black top and dark sunglasses. "These athletes are gladiators and are a true inspiration to me."

Jay-Z, Rihanna and Colplay all teamed up for "Run This Town," and Jay-Z linked up with Coldplay for "Paradise" and "Every Teardrop is a Waterfall."

Coldplay was given a standing ovation when it performed the final song, "Every Teardrop is a Waterfall." Martin said, "We can't actually imagine a bigger honor" than playing at the Paralympics in our home city.

Central to the closing ceremony - called the "Festival of the Flame" - were the 4,200 Paralympians from 164 nations who encircled the field of play from the start, waving flags and taking in the extraordinary atmosphere. By the end of the extravaganza, they created an international mosh pit in front of the stage as volleys of fireworks rocketed above.

Coming after a hugely successful Olympic Games, the 2012 Paralympics broke all records, with 2.7 million spectators cramming into venues, more than $70 million raised in ticket sales and the games broadcast in more than 100 countries. They are unprecedented figures as the British public displayed an enthusiasm previously unseen in the 52-year history of the Paralympics.