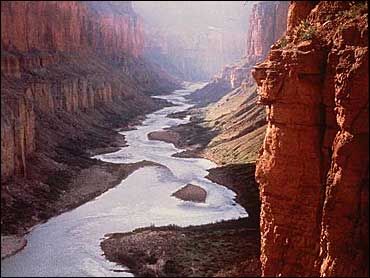 A toxic chemical used to fuel Cold War-era missiles and the rockets that put man on the moon has left a legacy of contamination across the Southwest, where it pinches the region's already tight supply of drinking water.

The chemical, called perchlorate, pollutes much of the lower Colorado River - the main water source for 20 million people across the Southwest - and has forced the shutdown of hundreds of wells in California.

State and federal officials are still debating how much risk perchlorate poses when ingested and what limits should be set for the chemical, a process slowed partly by lawsuits filed by defense contractors such as Lockheed Martin Corp. that worry they could be on the hook for billions of dollars in cleanup costs.

Thousands of people have sued the companies that once made or handled perchlorate, alleging years of drinking water laced with the chemical have caused cancers and other illnesses.

Adrienne Wise-Tates, 46, has had tumors of the brain and ovaries, multiple cysts in her breasts, cancerous cells found when she had a goiter removed and, most recently, an unknown mass in her left kidney.

The mother of three blames the perchlorate-tainted water she drank while growing up in Redlands. There, 70 miles east of Los Angeles, nearly 1,000 people are suing Lockheed Martin over perchlorate pollution associated with a former rocket engine testing facility that closed in the 1970s.

"I played in the water, drank the water, everything. The normal things a child does," Wise-Tates said. "Since it was so much in this area, in the water, that's what I attribute it to."

Lockheed spokeswoman Gail Rymer said the company is "vigorously" defending itself against the claims.

"We do not feel that anyone was harmed or has been made ill as a result of our operations at the former Lockheed Propulsion Co. site," Rymer said.

The oxygen-rich chemical interferes with the way the body takes iodide into the thyroid and can disrupt how the gland regulates metabolism. It's unclear how much is dangerous.

Initially, it was thought perchlorate pollution would be restricted to places where rocket fuel was made or used. However, it's since been tied to plants around the country that made munitions, fireworks and even the charges that deploy airbags.

"Anything that explodes seems to be associated with perchlorate," said David Spath, chief of the division of drinking water and environmental management for the California Department of Health Services.

Along with explosives, naturally perchlorate-rich fertilizer imported from Chile has contaminated wells on New York's Long Island, forcing some to close.

"We need to be able to say to people that this is a problem, it is a big problem. It is moving rapidly. It is in 22 states and we need to address it," said Sen. Dianne Feinstein, D-Calif. "We don't need to panic, but we need to do it in a way that's cost-effective and makes sense."

For decades, waste water containing perchlorate was left to seep into the ground, a company official said.

"There were probably 20-plus years when we didn't have the environmental awareness we have today," said Pat Corbett, the former plant manager who is now the company's environmental technology director.

The site still leaches as much as 900 pounds of perchlorate a day into a wash that drains into the Colorado River, the main water source for much of Arizona, southern California and southern Nevada.

Across the nation, millions more eat vegetables grown with Colorado River water. What risk the vegetables could pose, if any, is unknown.

"It's really one of the most massive pollution problems the water industry has ever seen," said Timothy Brick, a member of the Metropolitan Water District of Southern California.

Across California, nearly 300 wells are contaminated. Most are in Los Angeles, Riverside and San Bernardino counties, where dozens of aerospace factories hummed during the Cold War.

California officials have proposed what they consider a safe level of perchlorate of two to six parts per billion and hope to set the nation's first standard by 2004. However, Lockheed Martin and Kerr-McGee forced the state to submit the draft recommendation to further outside review, including by industry-picked experts, delaying the process by months.

The U.S. Environmental Protection Agency's draft proposal is stricter: one part per billion.

Perchlorate in the Colorado River has been measured as high as 9 parts per billion.

It will take years to discover the extent of perchlorate contamination nationwide, and cleanup will take decades more, to the consternation of people like Wise-Tates.

"I would just hope no one else has to go through this, but I am sure they will, until they find some way to clean up the water," she said.