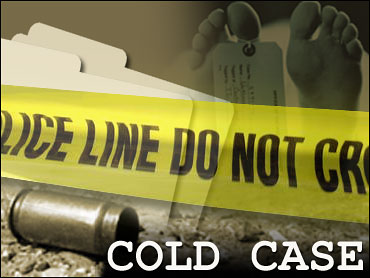 SEATTLE — A tip generated by a deck of "cold case" playing cards has helped solve a killing that occurred more than three decades ago, investigators said.

A 57-year-old Seattle man was arrested Friday night at his home and booked for investigation of first-degree murder in the fatal shooting of Susan Schwarz, 22, who was killed in her home near Lynnwood, about 15 miles north of Seattle, on Oct. 22, 1979.

"My God, isn't that something — I'm breathless," her 82-year-old father, Henry Schwarz of Kirkland, said Saturday when The Associated Press informed him of the arrest. "That was the whole expectation for this deck of cards."

The cards, first circulated in 2008, offer rewards for information that helps solve the cold cases. Schwarz was the queen of hearts.

The Snohomish County Sheriff's Office declined to identify the suspect.

Sheriff's Lt. Brent Speyer confirmed Saturday that the man arrested Friday had long been a suspect and that he may have blamed Schwarz for the breakup of his marriage; Schwarz was a close friend of his wife. Investigators had questioned the man before, and he gave inconsistent accounts of what he knew, Speyer said. Those details were first reported by The Herald newspaper of Everett.

A month ago, a prison inmate reported the tip that led to the arrest after seeing Schwarz's case on a playing card deck distributed by the Snohomish County Sheriff's Office cold case team, Lt. Rob Palmer said in a news release. The team is investigating more than 60 unsolved killings and missing person cases dating to the 1970s.

The tip helped investigators narrow in on the suspect and his friends, and led them to a witness who had never been interviewed about the homicide, Speyer said. He confirmed that the witness was young at the time and had been threatened to keep quiet about the killing.

Schwarz's case is the third the cold case team has solved, Palmer said. The team also recently made an arrest in a 1998 stranger rape case.

Henry Schwarz said it was exhilarating to learn of an arrest after so many years, and he was eager to share the news with his son, Gary, who lives in Stanwood.

"When she died, I wrapped her memory in blankets and tried to forget it," he said. "Gary, he took it much harder. Those two were like peas in a pod."