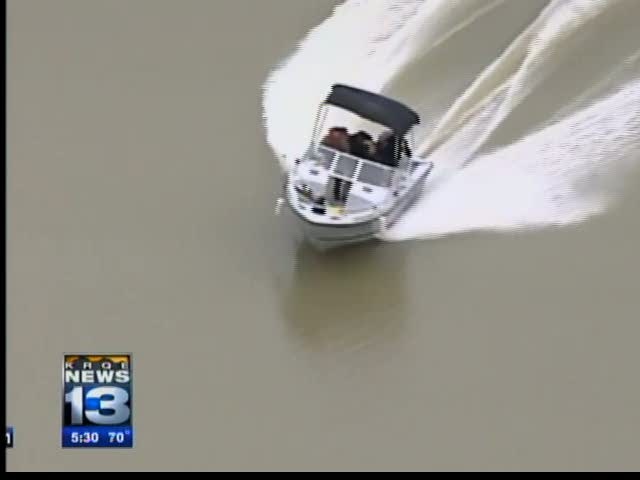 ALBUQUERQUE, N.M. - State police divers have recovered what a spokesman describes as "fragmented pieces of human remains" from a northern New Mexico lake where authorities have been finding bundles of cocaine since a small plane crashed into the lake.

State police spokesman Lt. Eric Garcia said he doesn't know if the remains found Monday belong to more than one person or if there are more remains. The plane, the pilot and any passengers haven't been identified, he said.

Winds and current have caused plane debris to spread since Sunday's crash, but more than 20 packages of cocaine have been recovered. Dive team members, who were working 100 feet below the water's surface Monday afternoon, recovered only small pieces of the plane — the largest about the size of a piece of paper, Garcia said.

Divers have found nothing that would identify the aircraft, but "the more the water gets rocky, the more debris turns up," he said. The human remains have been turned over to the state Office of the Medical Investigator.

Witnesses reported the plane crashed into Heron Lake, about 100 miles north of Santa Fe, at about 10:30 a.m. Sunday. Lake patrol officers found several packages of cocaine, each weighing about a kilogram, or 2 pounds, floating on the lake.

State police have blocked the road to the lake to stop people from getting into the area while the search continues.

A couple of commercial pilots staying at a cabin on Heron Lake told CBS affiliate KRQE that they heard the plane circling above them, then the sound of the engine changed and the next thing they heard was a boom.

State Police said a witness at the lake saw the plane hit the water and then sink.

In April 2010, state police called about the hard landing of a small plane outside Tucumcari in eastern New Mexico found a stash of more than 400 pounds of marijuana inside the plane and hidden in the bushes nearby. Police valued the drugs at more than $500,000.

"I won't say it's keeping us super busy and we're interdicting a plane a week, but ... air smuggling in New Mexico always has been and will continue to be an issue for law enforcement," Shilling said from state police headquarters in Santa Fe.

The largest problem now comes from ultra-light craft used in trafficking along the southern border, he said.

Local police typically turn seizures of drugs from aircraft over to federal agencies for prosecution.

The U.S. Attorney's Office for New Mexico did not have statistics about prosecutions resulting from airplane drug seizures.

The Federal Aviation Administration will investigate the cause of Sunday's crash.

Aircraft down at Heron Lake: krqe.com