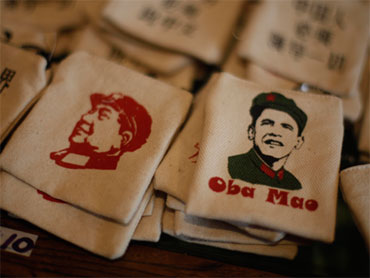 A congressman meant no disrespect when he made comments this week approving of the internment of Japanese-Americans during World War II, a spokeswoman said Thursday.

Rep. Howard Coble "was trying to make the point that the internments were as much for the Japanese-Americans' own safety as for national security," said Missy Branson, a spokeswoman for the North Carolina Republican.

Americans during the war, said Branson, "weren't as tolerant and understanding of other cultures as we are today... He didn't mean it in any way discriminatory to Japanese-Americans at all. I think he's made that clear."

Coble, who chairs the Judiciary Subcommittee on Crime, Terrorism and Homeland Security, angered Arab-Americans and Japanese-Americans for comments he made Tuesday during a radio call-in show.

The Republican disagreed with a caller who suggested putting all Arabs in the United States into prison camps, but said he agreed with President Franklin D. Roosevelt's decision to put 120,000 Japanese-Americans in internment camps during World War II.

In the 1980s, the United States apologized for the internments and gave surviving internees $20,000 each in reparations.

Coble has said his remarks were not intended to insult any ethnic or religious groups. But neither his nor his spokeswoman's explanation Thursday satisfied Mary Frances Berry, chairwoman of the U.S. Commission on Civil Rights, who said Coble should apologize.

"For a public official to be speaking this way could send a signal to people about how they might be treated," said Berry, a Democrat who was in Charlotte on Thursday for a briefing on the effect education reforms have had on civil rights.

Arab-American groups have decried Coble's remarks, as well as comments made last week by Rep. Sue Myrick, R-N.C. In talking about domestic security threats, Myrick referred to Arab-Americans by saying, "Look at who runs all the convenience stores across the country."

Democrats have stepped up their criticism of Republicans on civil rights since December, when Sen. Trent Lott, R-Miss., appeared to praise Strom Thurmond's pro-segregation 1948 presidential campaign. Lott was forced to give up the Senate majority leader post he was about to reassume.