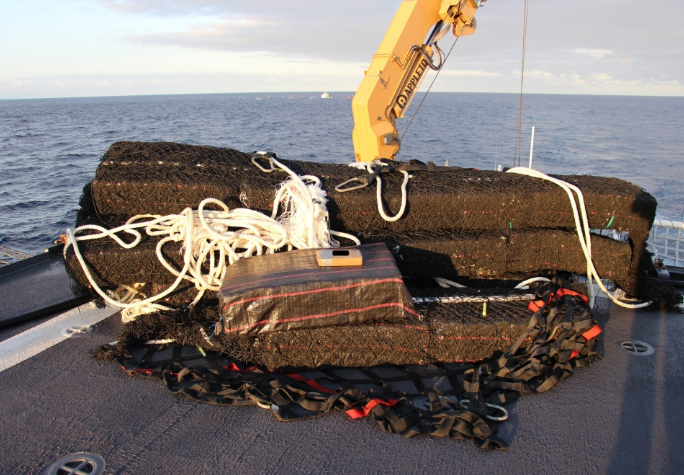 FORT LAUDERDALE, Fla. — An estimated $500 million dollars worth of cocaine will never make it to the streets of South Florida — or anywhere else. It was confiscated at sea by the U.S. Coast Guard, CBS Miami reports.

The crew of the Coast Guard cutter James was offloading the approximately 18.5 tons of cocaine on Thursday afternoon at Port Everglades in Fort Lauderdale, according to the Coast Guard.

The cocaine was seized in international waters in the eastern Pacific Ocean, off the coasts of Mexico, Central and South America. There were 15 separate suspected drug smuggling vessel interdictions performed by multiple U.S. Coast Guard cutters.

"This multi-ton offload of cocaine represents not just the work of the men and women of Coast Guard Cutter James, but that of our partners and allies that work every day to dismantle the criminal organizations that seek to profit from trafficking drugs and other illicit items to our shores," said Capt. Jeffrey Randall, commanding officer of the cutter James.

"It takes a network to defeat a network, and we will continue to expand our capabilities and leverage these partnerships to amplify our impact and stop this illegal trade which threatens our national security and breads instability in our partner nations," he said.