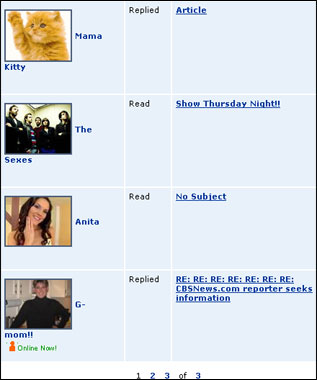 Two of college football's best-known coaches marched Tuesday to say the Confederate flag should be lowered from South Carolina's Statehouse.

South Carolina coach Lou Holtz and Clemson coach Tommy Bowden joined part of a 120-mile march that began Sunday in Charleston. It is scheduled to end Thursday in Columbia at the Statehouse, where pro-flag groups also plan a midday demonstration.

"The university has come out real strong against the flag," Bowden said. "We're just here to show that support."

Those who want the flag lowered say it represents hate and slavery. Those who want to keep it flying say it stands for Southern heritage and honors Confederate soldiers who died in the Civil War.

"I felt it was important to be here. It's just one person expressing one opinion that the flag needs to come down," Fogler said.

The Legislature, which raised the flag in 1962 to commemorate the Civil War centennial, then in 1995 gave itself the sole power to lower it, has not been able to compromise on what to do with the banner.

"We're trying to do our part to get their attention," said Fogler, who was one of the first coaches to speak out against the flag in January, the same month the National Association for the Advancement of Colored People started a tourism boycott of South Carolina.

Charleston Mayor Joseph P. Riley Jr., who organized the "Get in Step" march, walked with Holtz, who once won a national championship at Notre Dame.

"I had goose bumps" Riley said. "He's a thoughtful man. He told me, it's important to do what's right and this is what's right for South Carolina."

Meanwhile, the Senates top leaders rejected an effort to bring the Confederate flag bill to the floor for debate Monday.

Senate Pro Tem John Drummond championed the effort to fast-track the bill, which would have created a Confederate history park near the Statehouse.

But on a six-to-seven vote, Drummond couldn't get enough people to go along with his plan.

Senator John Land says time is running short for the Senate to act on the bill. Some Democrats want to amend the bill and insert Governor Jim Hodges' flag plan instead.

Drummond however blamed the failure of the vote on Republican leadership inside and outside of the Legislature. He called the flag debate the most partisan he has ever seen.