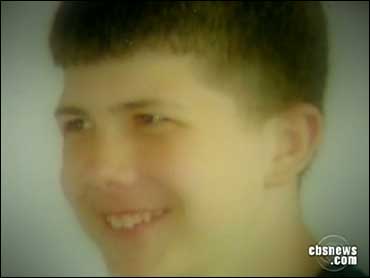 A Kentucky high school football coach on Monday pleaded not guilty to reckless homicide in the heat-related death of a 15-year-old player who collapsed while running sprints at a sweltering August practice.

David Jason Stinson was released without having to post bond following his arraignment. A grand jury last week indicted Stinson, who was in his first year as head coach, in the death of Pleasure Ridge High School offensive lineman Max Gilpin.

"This is not about football, this is not about coaches," Jefferson County Commonwealth's Attorney David Stengel said after the hearing. "This is about an adult person who was responsible for the health and welfare of a child."

Gilpin was one of six people to die because of the heat in high school and college athletics in 2008. And in the past 13 years, a University of North Carolina study says 39 athletes have suffered heat-related deaths - 29 high school players, reports CBS News correspondent Jeff Glor.

"They don't wanna go to the coach and say, 'I'm not feeling well,' because they're afraid the coach is gonna say they're a slacker," said Frederick Mueller, a professor at the University of North Carolina at Chapel Hill.

Stengel said he doesn't know if this is the first case in which a coach has been criminally charged in such a death that happens occasionally in all levels of athletics.

One of Stinson's attorneys, Brian Butler, said the case won't be settled without a trial because his client "is not responsible for this child's death."

"Coach Stinson absolutely believes that he is innocent of these charges. This is a tragedy beyond belief for (Gilpin's) family," Butler said. "His heart goes out to them."

The sophomore died Aug. 23 of complications from heat stroke, three days after collapsing at practice when the temperature felt like 94 degrees. His family attended the hearing but did not speak to reporters.

However, Jeff Gilpin and Michele Crockett, the player's divorced parents, have jointly sued the school's coaching staff, accusing them of negligence and "reckless disregard," with details about their son's health made part of the lawsuit.

Jeff Gilpin says the coach could have prevented his son's death if he had been paying attention and if he'd been providing mandatory water breaks, reports Glor.

"I don't believe that he thinks he did anything wrong," Gilpin said.

A doctor cleared him to participate in football in May. Crockett, in written answers to questions in the lawsuit, disclosed that her son had taken the dietary supplement Creatine for a time but stopped in July when football practice started.

Stengel declined to address the use of the supplement or any of the possible evidence in the case. Creatine is a natural compound found in the body that is also available as an over-the-counter supplement. Some athletes use it to increase muscle mass, though the side effects are still unclear.

Crockett also said her son had been taking Adderall, which is prescribed to treat Attention Deficit Hyperactivity Disorder, and Pleasure Ridge athletic director Craig Webb confirmed in a separate deposition that the school knew he had been taking the drug because it was listed on his athlete information form.

Dr. Ronald Terjung, professor of physiology in the department of medical sciences at the University of Missouri, noted in a study for the American College of Sports Medicine in 2000 the Creatine helped in weight training but that there were no benefits in endurance performance or aerobic function.

Butler said the defense will explore Gilpin's medical history to see if he had any health problems, but declined to directly address the use of Creatine.

"But we certainly want to know what his health conditions were because we've been charged with a homicide," Butler said. "Unfortunately, we have to look into those things now."

The coroner's office has said Gilpin died of septic shock, multiple organ failure and complications from heat stroke, although no autopsy was conducted.

Gilpin, who was 6-foot-2 and 220 pounds, collapsed to the turf just 15 minutes after a teammate went down after they ran several "gassers" - sprints up and down the field to increase endurance.

Webb, bystanders and others treated a moaning Gilpin with water and ice packs, according Webb's deposition. Gilpin was unable to talk with them and his eyes were two-thirds closed, the deposition said.

Crockett arrived to find her son limp, with bloodshot eyes staring straight ahead, an ice pack behind his neck and a hose spilling water over the pack. Authorities said his body temperature was 107 degrees when he reached the hospital.

Despite the felony charge, some in the south Louisville community have rallied around the coach.

"They're dragging a very good man through the mud and I don't understand why," football booster Rodney Daugherty said.

"He's liable to be ruined over this. Even if he comes out exonerated, he'll probably be ruined and also mentally he'll be damaged for life," said 53-year-old Mike Embry, the co-owner of Don Embry Body Shop, a financial booster of the football program.

Parents, students, athletes and others in the community during a 90-minute rally Sunday spoke openly about Stinson, who graduated from a high school in the city, before going on to play offensive lineman for the University of Louisville, then briefly for the NFL's New York Giants.

Stinson left a job with Xerox to become an offensive line coach for three years before taking over as Pleasure Ridge's head coach in January 2008 and also is a deacon at his church. Stinson has been transferred to non-teaching and non-coaching duties in the school system's central office pending the outcome of the case.

A Facebook group page in support of Stinson had over 1,400 members as of Monday morning, with most message board posters using the wall as a chance to offer prayers for Stinson and his family.

"He's a guy with a heart of gold," Daugherty said. "There were only two people that hurt worse than him. That's the boy's parents."