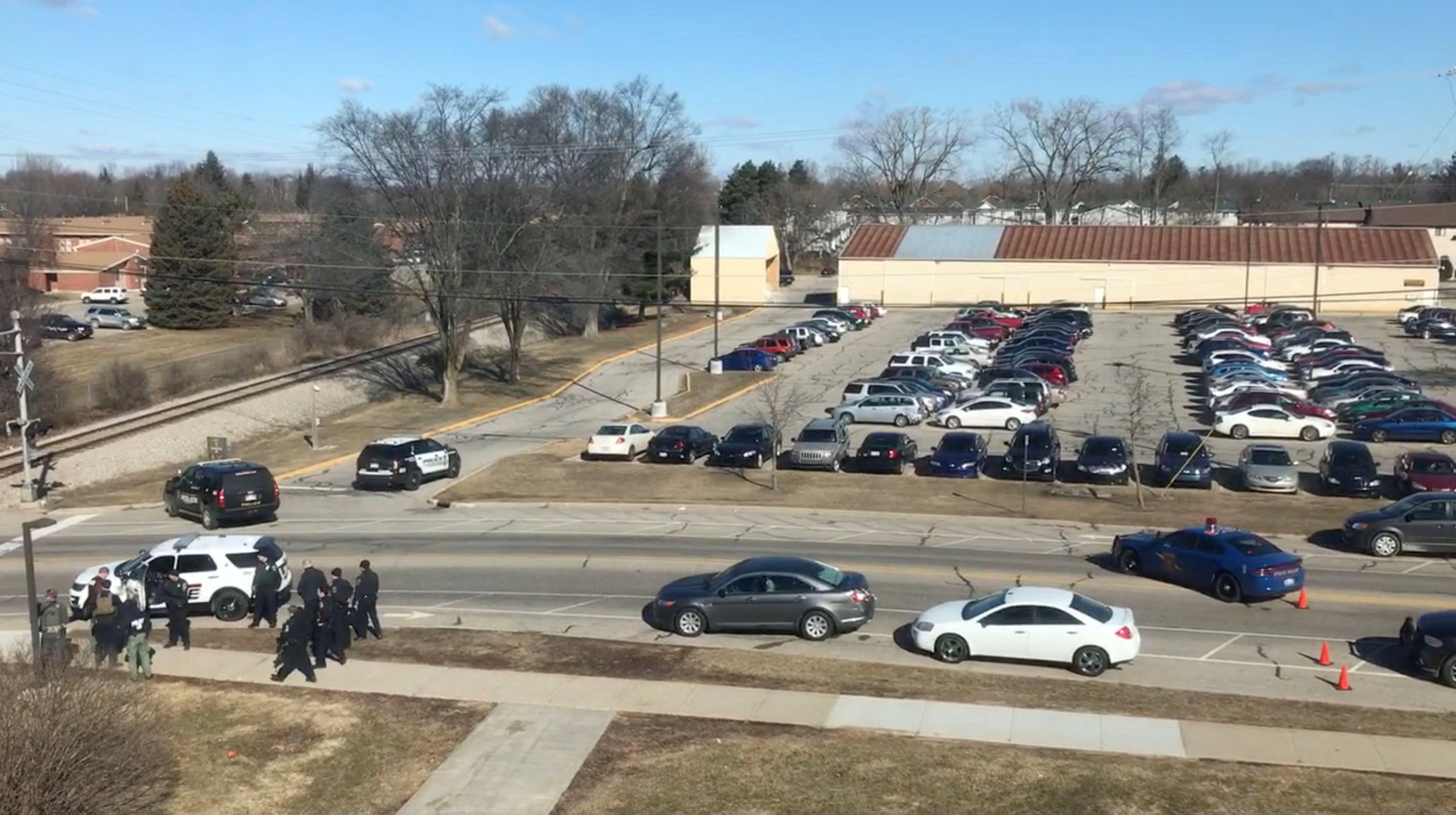 According to the university, the suspect was seen and reported by an individual on a train passing through the campus shortly after midnight. Law enforcement personnel responded and arrested the suspect without incident, the university said.

The capture ended a 15-hour manhunt. No other details were immediately available.

The university earlier identified the two dead as James Davis Sr. and Diva Davis. Records show they're from Plainfield, Illinois. Central Michigan University police said James Eric Davis, Jr. allegedly fatally shot his parents who had arrived at the dorm to pick him up from school, adding that the killings stemmed from a "domestic situation," according to CBS Detroit.