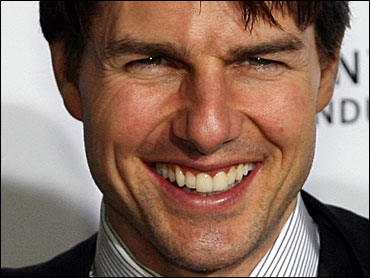 The chief U.N. war crimes prosecutor met with leaders of Yugoslavia's smaller republic on Thursday, seeking to bring pressure against Belgrade to extradite former Yugoslav President Slobodan Milosevic and other suspects for trial.

Carla Del Ponte held talks with Montenegrin President Milo Djukanovic a day after he pledged "full cooperation" with the tribunal based in The Hague, Netherlands, which seeks to try Milosevic for alleged atrocities in Kosovo.

"It is the obligation of the democratic Montenegrin leadership to provide full cooperation with the tribunal and to make sure that all those charged be handed over to the court," Djukanovic told local Montena television.

Del Ponte gave to Montenegro's leaders copies of indictments against all war crimes suspects who may come to their territory - including Radovan Karadzic, the Bosnian Serb wartime leader, who reportedly occasionally visits his ailing mother in that republic.

The prosecutor praised Montenegro for working with her investigators, but said the true test of cooperation would be the handover of suspects to the tribunal.

"It is a legal obligation of each member state of the U.N. to cooperate fully with the tribunal, including surrender of the fugitives," she said at the end of a two-day visit.

Del Ponte's spokeswoman said Montenegrin officials assured the prosecutor that they would transfer any suspect found in Montenegro.

A few dozen pro-Milosevic protesters demonstrated in front of the building where Del Ponte held her meetings, chanting, "We Won't Give You Up, Slobo."

Last month, Del Ponte was rebuffed by the new, pro-democracy authorities in Serbia, the larger Yugoslav republic, as well as by Yugoslav President Vojislav Kostunica on her demands for extradition of Milosevic and other suspects.

Del Ponte apparently was hoping that a pledge of cooperation by Montenegrin authorities would increase pressure on Belgrade. Next week, she intends to visit Rome and Brussels, before traveling to other European capitals and the United States. She's seeking continued Western support in her attempts to put Milosevic and other key war crimes suspects on trial in The Hague.

Pro-democracy leaders in Serbia and on the federal Yugoslav level, who ousted Milosevic last October, insist that the former president should first be tried at home.

To that end, the Serbian Parliament on Wednesday fired judges and prosecutors loyal to Milosevic, replacing them with others ready to try him on charges from corruption to war crimes. The parliament, now run by the pro-democracy coalition that swept Milosevic out of office, voted to replace dozens of supreme and municipal court judges, public prosecutors and other judicial officials. Some asked to be relieved of their duties, while others — loyal to Milosevic's regime, and often working under its orders — were fired.

The parliament for ugoslavia's larger republic was also expected to reinstate 16 judges who were removed last July for expressing support for a pro-democracy movement and for questioning the independence of the country's legal system.

The U.S. has urged Kostunica to cooperate with the war crimes tribunal and has given him until March 31 to make good on the issue or risk losing financial aid worth around $100 million.

©MMI Viacom Internet Services Inc. All Rights Reserved. This material may not be published, broadcast, rewritten, or redistributed. The Associated Press and Reuters contributed to this report