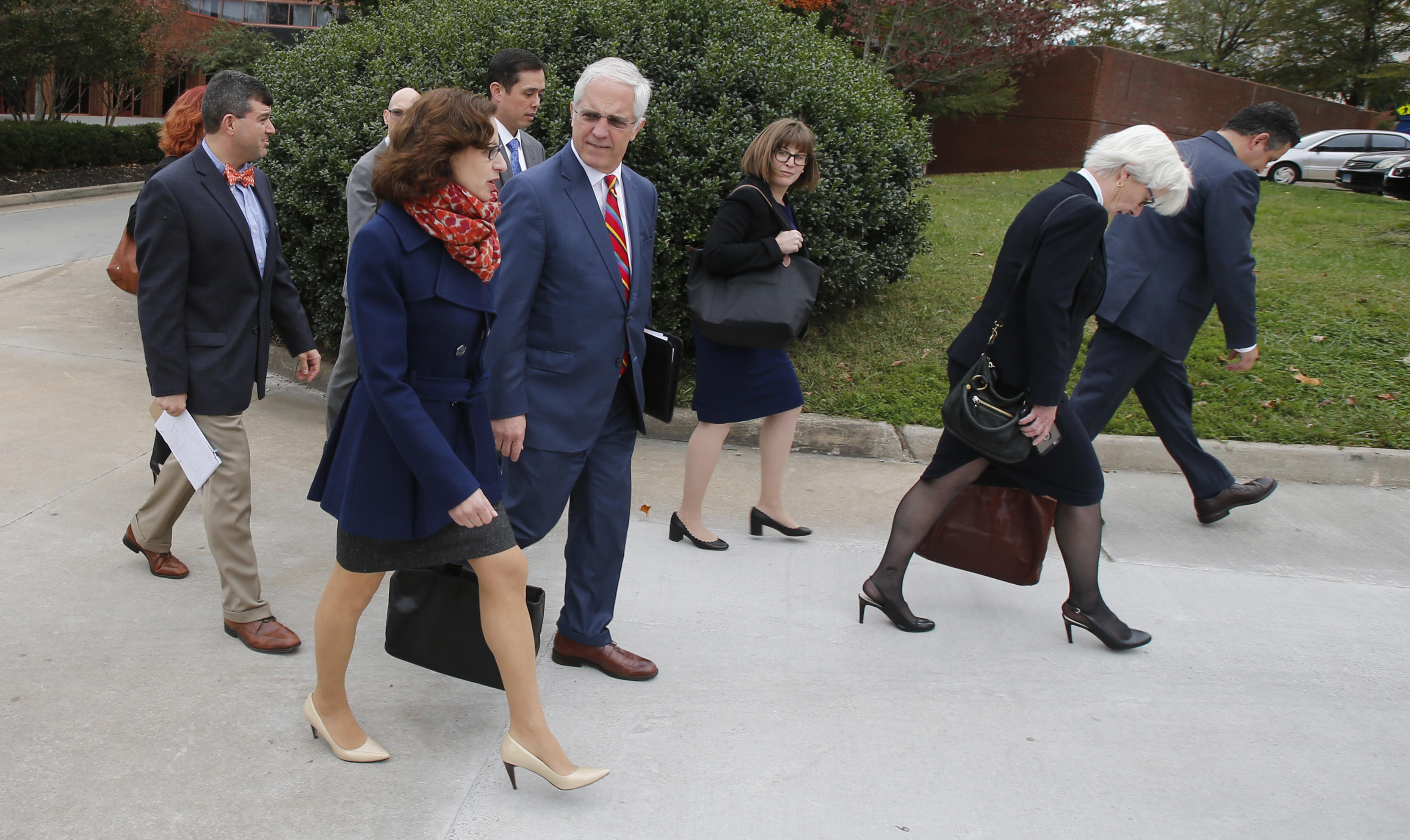 CHARLOTTESVILLE, Va. - The reporter of a botched Rolling Stone article about a brutal gang rape at the University of Virginia willfully ignored facts and statements that disproved her preconceived storyline about the school’s callousness toward sexual-assault victims, an attorney for the former associate dean of students said in his closing arguments Tuesday.

University administrator Nicole Eramo is seeking $7.5 million from the magazine over its portrayal of her in the 2014 story by Sabrina Rubin Erdely about the alleged sexual assault of a woman identified only as “Jackie.” Eramo claims she was unfairly portrayed in the article as trying to sweep Jackie’s sexual assault under the rug in order to protect the university.

Attorney Tom Clare argued Tuesday that Erdely set out from the beginning to tell a story of “institutional indifference,” brushed off statements from her sources that didn’t fit that narrative and pushed her own views about the administration onto the vulnerable women she was interviewing.

“Once they decided what the article was going to be about, it didn’t matter what the facts were,” Clare said.

The story about Jackie’s rape set off a firestorm at the University of Virginia and in schools nationwide and prompted police to launch an investigation into the alleged assault. Eramo received hundreds of angry letters and emails and faced protesters outside her office. The story crumbled after other news outlets began asking questions and police found no evidence to back up Jackie’s claims. The article was officially retracted in April 2015.

Eramo must prove that Rolling Stone statements about her made her appear “odious, infamous or ridiculous” and that the magazine acted with “actual malice,” meaning it knew that what it was writing about her was false or should have known it was false.

A lawyer for Rolling Stone, Scott Sexton, said in closing statements there is no evidence the magazine knew a botched story about a gang rape at the University of Virginia was false before publishing it.

While the women Erdely interviewed - including Jackie - told her that Eramo was their fiercest advocate, Clare argued that Erdely was so invested in her preconceived storyline that she was “blind to the facts.” He argued that Erdely purposely set out to make Eramo the “villain” because she knew she was an “easy target” and couldn’t speak publicly about Jackie’s case due to federal privacy laws.

Over the course of the more than two-week trial, the 10 jurors have watched 11 hours of video testimony, heard from a dozen live witnesses and have examined nearly 300 exhibits. Seven jurors will deliberate and three will be named as alternates.