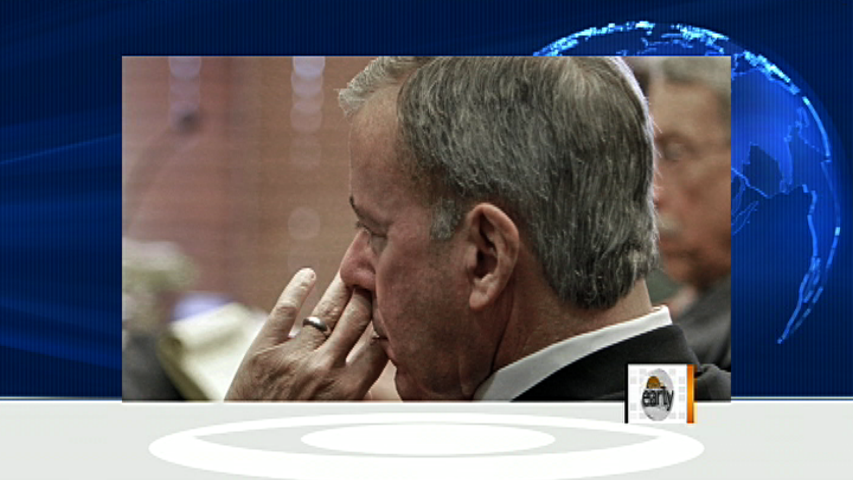 (CBS/WKMG/AP) ORLANDO, Fla. - The defense rested and closing arguments began Thursday in the murder trial of Florida developer Bob Ward, accused of shooting his wife in September of 2009.

Ward's defense rested its case shortly before 11 a.m. Thursday without hearing testimony from Ward in his own defense, according to CBS affiliate WKMG.

During closing arguments, a prosecutor used Ward's own words against him to show jurors that the developer was guilty of second-degree murder, the station reported.

Ward later claimed he tried to take the gun away from his wife when it went off accidentally.

Ward, 63, has pleaded not guilty to second-degree murder in the death of Diane Ward, who was shot and killed inside their Isleworth mansion in 2009. Ward is accused of fatally shooting his wife only days before she was to give a deposition in a lawsuit alleging that he blew millions of dollars on big houses and expensive cars while his business failed.

The defense argued that Diane Ward was suicidal after taking a mixture of antidepressants and alcohol that could have caused hostility, anxiety and suicidal thoughts. Defense attorneys said Ward had been trying to stop his wife from killing herself.

According to WKMG, even if the jury finds Ward not guilty of murder, they could still find him guilty of the lesser included charge of manslaughter.

Before court began Thursday, the defense raised concern of jury tampering during a bench conference. They thought a juror may have seen news coverage of the trial on Wednesday. after the judge performed a detailed inquiry of the jury, she ruled no tampering had taken place, according to WKMG.