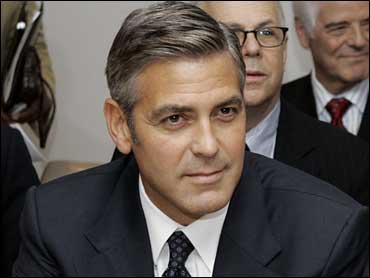 "Max, like any pet, became a member of the family," Rosenfield said. "He was a big pig, as pigs go. I can't tell you how much he weighed."

The Oscar-winning actor, 45, who owned the hog for 18 years and reportedly once said the porker was his longest relationship, told USA Today, "I was really surprised, because he's been a big part of my life."

Clooney was out of town promoting his upcoming film "The Good German" when Max died, according to USA Today.

Ashton Kutcher on his struggles with vasculitis: "Suddenly, you can't see"
Thanks for reading CBS NEWS.
Create your free account or log in
for more features.
View CBS News In
CBS News App Open
Chrome Safari Continue
Be the first to know
Get browser notifications for breaking news, live events, and exclusive reporting.