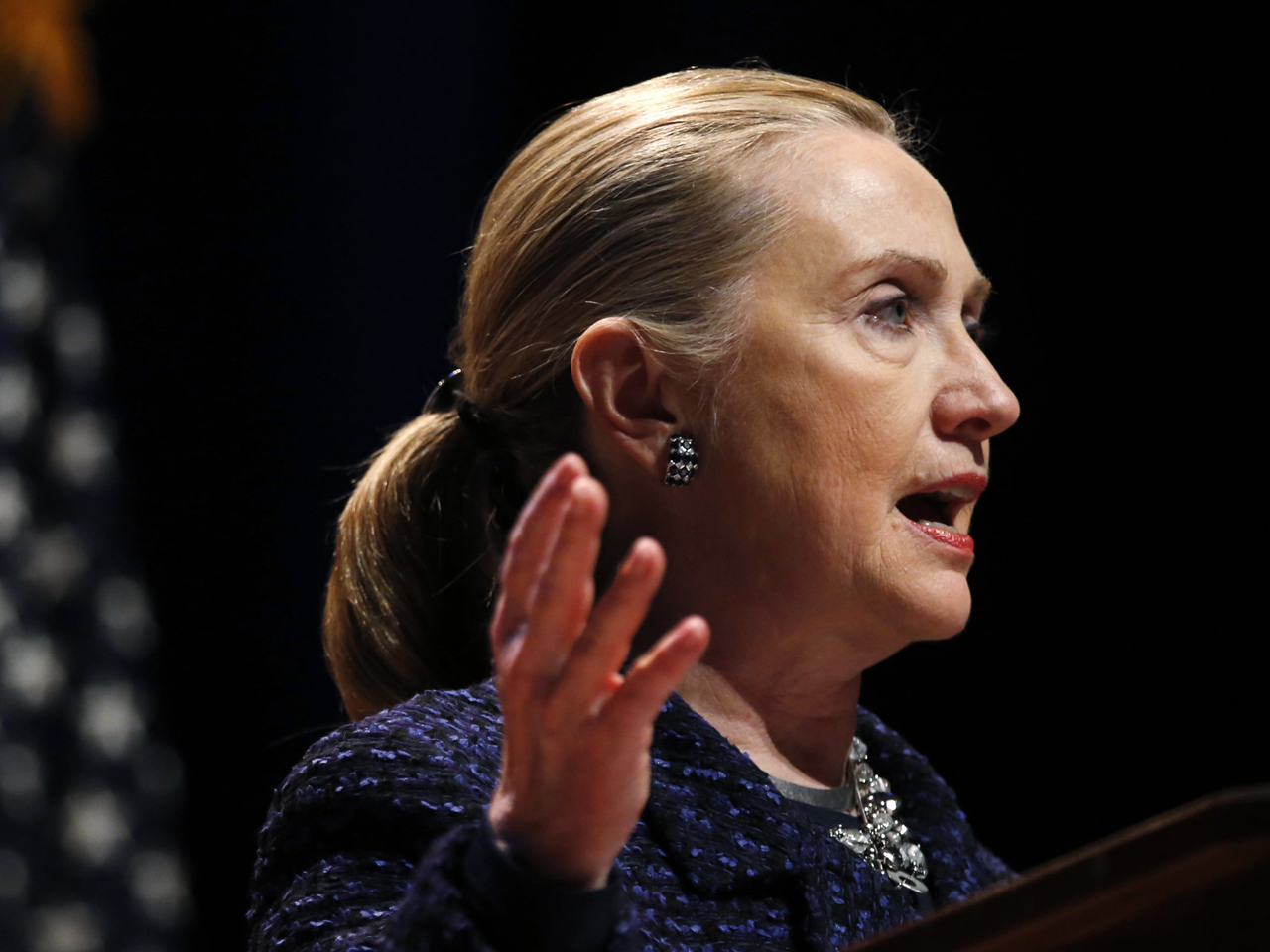 WASHINGTON Recovering at home after fainting and suffering a concussion, Secretary of State Hillary Clinton will not testify next Thursday, as planned, for two congressional hearings on the September 11 attack on the U.S. consulate in Benghazi, Libya.

The news comes one day after the State Department went out of its way to assure the committees that Clinton would indeed testify, despite its initial worry that her report would not be ready. Rep. Ileana Ros-Lehtinen, R-Fla., chair of the House Foreign Affairs Committee, released a statement expressing concern that testimony from Thomas Nides and William Burns - the secretary's deputies who will take her place - will not be sufficient.

"I am sorry to learn of Secretary Clinton's ill health and I wish her a quick and full recovery," she said in the release. "It is, however, unfortunate that Secretary Clinton is unable to testify next week before the House Committee on Foreign Affairs on the investigation into the terrorist attack that killed four Americans and left others injured.

"Although I respect Bill and Tom, we still don't have information from the Obama Administration on what went so tragically wrong in Benghazi that resulted in the deaths of four patriotic Americans," Ros-Lehtinen continued. "We have been combing through classified and unclassified documents and have tough questions about State Department threat assessments and decision-making on Benghazi. This requires a public appearance by the Secretary of State herself. Other cabinet secretaries involved should also be held publicly accountable."

Clinton will not appear at the Senate's hearing, either, according a spokesperson for committee chair John Kerry, D-Mass.

"Secretary Clinton's team contacted Senator Kerry this morning to inform them of the Secretary's concussion," spokesperson Jodi Seth said in a statement. "Senator Kerry was relieved to hear that the Secretary is on the mend, but he insisted that given her condition, she could not and should not appear on Thursday as previously planned, and that the nation's best interests are served by the report and hearings proceeding as scheduled with senior officials appearing in her place."

In a statement issued by the State Department Saturday, deputy assistant secretary of state Philippe Reines said, "While suffering from a stomach virus, Secretary Clinton became dehydrated and fainted, sustaining a concussion.

"She has been recovering at home and will continue to be monitored regularly by her doctors," Reines continued. "At their recommendation, she will continue to work from home next week, staying in regular contact with Department and other officials. She is looking forward to being back in the office soon."