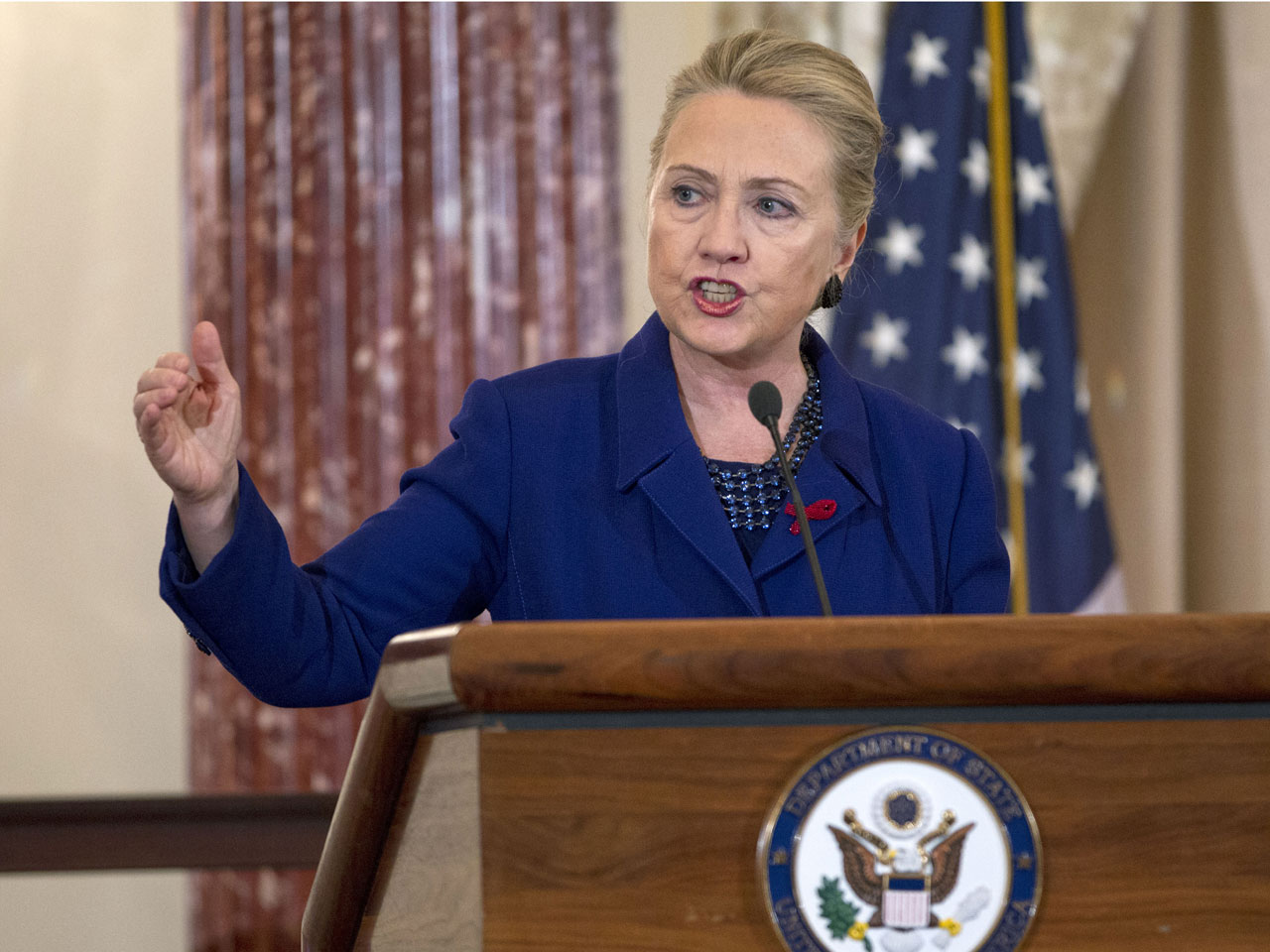 To achieve an AIDS-free generation, the Obama administration has announced an ambitious roadmap to slash the global spread of the disease, which infected 2.5 million people worldwide last year despite a decade-long decline in new infection rates.

The administration said Thursday that treating people sooner and more rapid expansion of other proven tools could help even the hardest-hit countries begin turning the tide of the epidemic over the next three to five years.

"An AIDS-free generation is not just a rallying cry - it is a goal that is within our reach," Secretary of State Hillary Rodham Clinton said in the report.

"Make no mistake about it, HIV may well be with us into the future but the disease that it causes need not be," she said at the State Department Thursday. Clinton had ordered the blueprint for what the U.S. and other countries should do to slow the spread of AIDS.

"We stand at a tipping point in the fight against HIV/AIDS, and working together, we can realize our historic opportunity to bring that fight to an end," Obama said in a proclamation to mark World AIDS Day on Saturday.

About 34 million people worldwide are living with HIV. Given those staggering figures, what does an AIDS-free generation mean? That virtually no babies are born infected, young people have a much lower risk than today of becoming infected, and that people who already have HIV would receive life-saving treatment.

That last step is key: Treating people early in their infection, before they get sick, not only helps them survive but also dramatically cuts the chances that they'll infect others. Yet only about 8 million HIV patients in developing countries are getting treatment. The United Nations aims to have 15 million treated by 2015.

Other important steps include include treating more pregnant women and keeping them on treatment after their babies are born; increasing male circumcision to lower men's risk of heterosexual infection; increasing access to both male and female condoms; and more HIV testing.

The world spent $16.8 billion fighting AIDS in poor countries last year. The U.S. is the leading donor, spending about $5.6 billion.

Thursday's report from PEPFAR, the President's Emergency Plan for AIDS Relief, outlines how progress could continue at current spending levels - or how, if other donors or hard-hit countries themselves can step up investments, faster progress is possible.

Clinton warned Thursday that the U.S. must continue doing its share: "In the fight against HIV/AIDS, failure to live up to our commitments isn't just disappointing, it's deadly."

Consider Zambia, which already is seeing some declines in new cases of HIV. It will have to treat only about 145,000 more patients over the next four years to meet its share of the U.N. goal, a move that could prevent more than 126,000 new infections in that same time period. But if Zambia could go further and treat nearly 198,00 more people, the benefit would be even greater - 179,000 new infections prevented, the report estimates.

In contrast, if Zambia sticks with its 2011 levels of HIV prevention, new infections will level off and may even rise again over the next four years, the report found.

Last July, Secretary Clinton announced at theInternational AIDS Conference that the U.S. would donate an extra $150 million to help poor countries put the tools in place to help stop the spread of HIV, in addition to setting aside funds for more research.

"The blueprint lays out the stark choices we have: To stick with the baseline and see an epidemic flatline or grow, or ramp up" to continue progress, said Chris Collins of amFAR, the Foundation for AIDS Research.