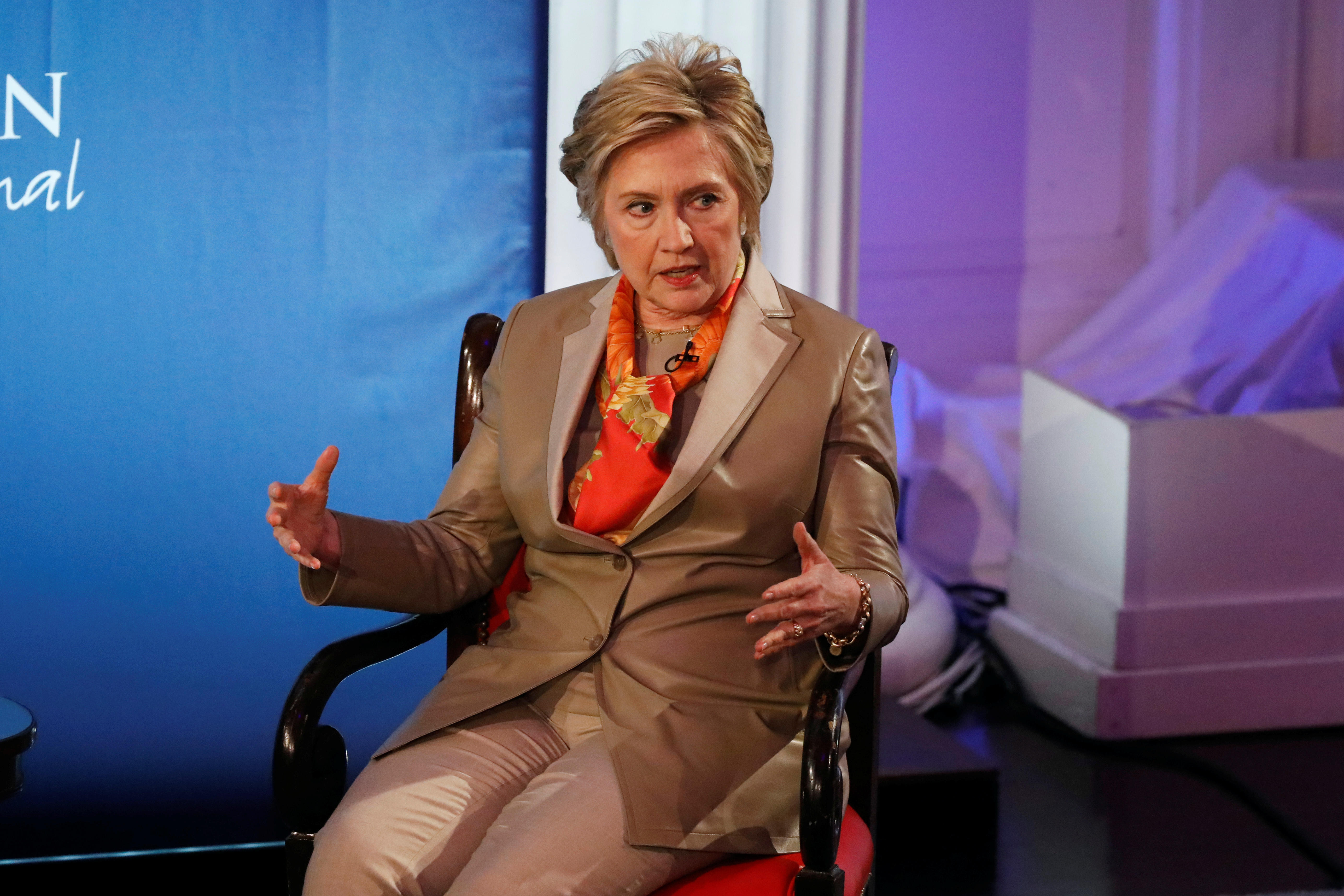 Hillary Clinton is ready to step back into the political limelight after her surprising loss to President Donald Trump.

According to a Politico report on Thursday, Clinton could launch a political group as soon as next week, which will help raise money for Democratic-based organizations challenging the Trump administration.

The group is expected to be called "Onward Together," which harkens back to her 2016 campaign slogan "Stronger Together."

Clinton has reportedly met with potential donors and board members to help build the new organization amid multiple stops around Washington, New York City and Chappaqua, New York, in recent weeks.

The former secretary of state has collaborated with Dennis Cheng to recruit potential donors. Cheng served as Clinton's campaign finance director and played an important fundraising role within the Clinton Foundation.

Judith McHale has played a large role in helping identify organizations to support. From 2009 to 2011, McHale served as the Undersecretary of State for Public Diplomacy and Public Affairs within the U.S. State Department. She is currently the President and the CEO of Kane Investment, Inc., a private investment company.

The group's board membership is reportedly already being filled. Minyon Moore, a longtime Clinton family adviser and strategist, will likely be one of its first members. The size of its staff is expected to remain small.

For the past six months, Clinton has slowly gravitated back into the public eye. On Tuesday she appeared at the Women for Women International Luncheon in New York City where she opened up about writing a new book, which is scheduled to be released in the fall.

Clinton described her writing of the book as "therapy" and "cathartic."

At the luncheon, Clinton said, "I'm back to being an activist citizen – and part of the resistance."