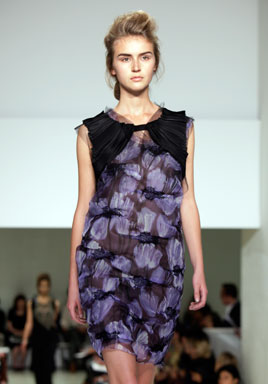 Former President Bill Clinton says it's time for the Democratic Party to put November's devastating election losses behind them and move on.

"So we lost a couple of elections," Mr. Clinton told a meeting of Democratic leaders in New York Tuesday. "Big deal ... Take a deep breath, rear back and go on."

In an hour-long speech, delivered with vintage Clinton flair, the former president touched on a wide range of issues, national and global, political and personal.

Mr. Clinton acknowledged the errors Democrats had made and laid out an agenda to get the party back on track. He said the recent elections -- in which the Republicans recaptured control of the Senate and firmed up their majority in the House -- should serve as a wake-up call to the Democratic faithful, but not make them panic or abandon their beliefs.

"Democrats have to have ideas to win," Mr. Clinton told the Democratic Leadership Council, a centrist group he's long been associated with. "Republicans will always have more money and the fervor of right-wing ideas."

He said Democrats need to present a unified message to voters. They don't need to become more liberal, he said, but have to become more relevant in a positive way.

"The most important thing we have to do is to get our ideas out there. I still believe ideas and results matter when people hear evidence over ideology."

Mr. Clinton conceded, though, that some of the negative results in November were attributable to the previous year's terrorist attacks.

"I don't think you can overestimate the psychological impact of Sept. 11," he said.

And in such a climate of fear and insecurity, he said, Republicans were able to appeal to voters by appearing strong and confident on national security matters, while Democrats appeared to be floundering.

"When people are insecure, they'd rather have someone strong and wrong, rather than weak and right."

But Mr. Clinton said the pressure was now on the GOP to come through with their promises. "The Republicans have what they want – the White House and Congress. So presumably they'll have to stop playing the blame game."

On other issues, Mr. Clinton: