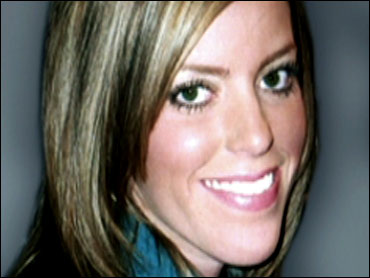 "These claims must be taken seriously and the U.S. government must act immediately to investigate Ms. Jones's claims," Clinton said in the letter released Wednesday.

Jones, a former Conroe, Texas, resident, filed a federal lawsuit in May against Halliburton Co., its former subsidiary, KBR Inc., and others claiming she was raped while working for a Halliburton subsidiary at Camp Hope, Baghdad, in 2005.

In her lawsuit, Jones said she lived in a coed barracks, endured harassment from men and was drugged and raped. She said her attackers were Halliburton and KBR firefighters and that the barracks were under control of the government, KBR and Halliburton.

Jones and her attorney, Todd Kelly, spoke about the case with The Early Show's Russ Mitchell Monday, Dec. 17, 2007. To see the interview,
click here
. Mitchell filed a report that day. To see it,
click here
.
Clinton cited news reports that Jones was held in a shipping container to prevent her from reporting the allegations. Clinton said no government agencies have investigated the allegations.

Officials with KBR issued a statement saying the company believes Jones' allegations are without merit. The company said the safety and security of all its employees are its top priority.

Peter Carr, a Justice Department spokesman, said in an e-mail the agency is reviewing the letter but declined further comment because the matter is an ongoing investigation. A spokesman for the Defense Department and Jones' lawyer did not immediately respond to calls for comment.

Clinton's request follows another from House Judiciary Committee Chairman John Conyers, a Democrat, and Texas Rep. Ted Poe, a Republican, for a full accounting from the Justice Department of its investigation.

Poe, who helped Jones get home and is helping her now, said her story is for real.

"The proof is in the medical reports that she was brutalized while she was in Baghdad," on Wednesday.

"We've contacted the attorney general, the Justice Department to find out what has been done, why aren't these people being prosecuted, bring them to justice," Poe said. "And we're going to get some answers."

The House Judiciary Committee scheduled a hearing for Dec. 19 on Jones' allegations.

Jones' case got renewed attention this week after ABC News previewed a report of the allegations it plans to air on "20/20" next month.

The Associated Press usually does not identify people who say they have been sexually assaulted, but Jones' face and name have been broadcast by ABC and her own Web site.

Jones has established a foundation, whose Web site describes it as "a nonprofit organization dedicated to helping United States citizens and legal residents who are victims of sexual harassment, rape and sexual abuse while working abroad for federal contractors, corporations, or government entities." It can be reached by going to http://www.jamiesfoundation.org.