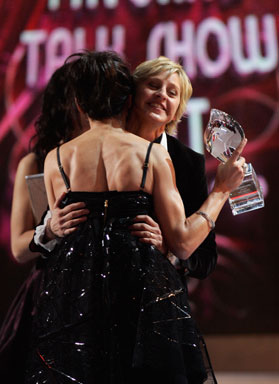 The law, passed by the House by a 237-197 margin in May and the Senate by a vote of 83-15 in September, changes U.S. trade law to establish permanent normal trade relations with Beijing, eliminating Congress' annual review of China's trading status.

The bill allows China to move one step closer to joining the World Trade Organization and is part of a U.S.-China trade agreement that includes lower tariffs on U.S. goods sold there.

It includes so-called "anti-dumping" measures designed to prevent an influx of inexpensive Chinese goods into the United States that might hurt American industries making the same goods, and makes it American policy to encourage trade that improves human rights and environmental protection in China.

It also sets up a task force for enforcing a ban on importing goods made with prison labor in China and gives support to Taiwan's efforts to enter the WTO.

However, it does not make U.S.-China trade relations contingent on China improving its human rights record, which includes accusations it jails dissidents and persecutes religious groups. The lack of any "teeth" is why environmentalists, human rights and religious groups and many unions opposed the bill.

Since the 1989 crackdown on the Tiananmen democracy movement, congressional critics of China have made concerted, if unsuccessful, efforts every year to rescind normal trade status because of Beijing's human rights and weapons proliferation abuses.

Opponents questioned the wisdom of giving up trade as a policy tool for forcing China toward more responsible behavior.

"I believe that we will deply regret this stampede to pass this legislation and the way in which we have taken all the human rights, religious freedom, right to organize—all of those concerns and we just put them in parentheses, put them in brackets, as if they don't exist," said Sen. Paul Wellstone, D-Minn., during the Senate debate.

The legislation was backed by a powerful coalition of business and farm groups, was praised by U.S. Trade Representative Charlene Barshefsky, who said it was "as important as any on China since 1972, with the opening of China" by President Nixon.

"This historic legislation will be remembered as the key that opened the door for America to sell ts products and services to the world's largest emerging marketplace," said Robert Burt, chairman of The Business Roundtable, an association of CEOs.

The bill is an outgrowth of a U.S.-China agreement last fall under which China, as a condition for entering the World Trade Organization, made major concessions in reducing tariffs and opening its markets.

China is expected to join the WTO later this year or early next year, and the United States, in order to enjoy the benefits of China's commitment to WTO free market rules, must grant permanent trade status.

With WTO entry, China's tariffs on U.S. made manufactured goods would fall from an overall average of 25 percent to 9 percent by 2005. Duties on America's primary food products would drop from 31 percent to 14 percent.

China would be required to open its financial and service industries to American companies, allow greater outside ownership in its telecommunications industry and allow Americans full distribution rights within the country.

The House debate over the passage of the bill was contentious.

But the only real suspense during two weeks of Senate debate was whether opponents could be prevented from attaching crippling amendments on subjects ranging from proliferation to human rights abuses. None were passed.