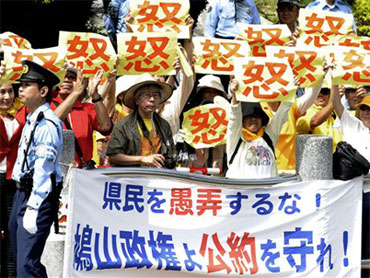 
Thinner but as energetic as ever, former President Clinton returned to the campaign trail Monday hoping to galvanize the Democratic base behind Sen. John Kerry and remind undecided voters of more prosperous times.

Currently more popular than either President Bush or Kerry in national polling, Mr. Clinton, fresh off heart surgery, joined Kerry at a huge rally in Philadelphia.

"If this isn't good for my heart, I don't know what is," said Mr. Clinton, who received a quadruple bypass seven weeks ago. In a brief address to an adoring crowd, the former president was emotional, smiling throughout as he stood behind Kerry, the party's new stand-bearer.

For Kerry, the Comeback Kid had come back just in time.

Since their 90-minute conversation on a weekend in early September, Mr. Clinton has taken a central role in the Democratic nominee's campaign.

After Kerry struggled in August, Mr. Clinton advised the Massachusetts senator to be more aggressive, to focus on domestic issues and to no longer make his service in Vietnam central to his campaign, according to advisers interviewed at the time.

"I've talked to the former president pretty regularly over the past three or four weeks but it was great to see him out there in good health," said Joe Lockhart, the onetime Clinton press secretary who in August became a senior adviser to the Kerry campaign. "I think that for a lot of people that worked for him, it was great to see him in good health.

"When you are in a campaign you want to do everything you can to see the candidate win," Lockhart continued, speaking shortly after the Philadelphia rally, "and Bill Clinton knows how to win campaigns."

Mr. Clinton certainly does know how to win. He was the first Democratic president to be elected to two terms since Franklin Delano Roosevelt.

"Frankly, President Clinton is at the height of his popularity right now," said Democratic strategist Mark Penn, a former Clinton pollster. "He appeals to swing voters."

A Wall Street Journal/NBC News poll last week found that 48 percent of Americans had a positive view of Mr. Clinton, while 38 percent had a negative view. That approval rating was higher than either President Bush or Sen. Kerry in the same poll, and importantly, Mr. Clinton scored even better with independents.

Mr. Clinton will campaign for Kerry Monday night in Miami and Tuesday in Broward Country, Florida. He is also planning to stump on Kerry's behalf in New Mexico later this week.

Democrats hope Mr. Clinton will remind voters of the economic boom of the 1990s, when the country enjoyed a $5.6 trillion budget surplus, 23 million new jobs and soaring home-ownership.

Mr. Clinton also joined Kerry on a conference call with 1,000 black ministers over the weekend.

Former Clinton staffers have been central to the more combative Kerry that emerged in September and successfully returned the presidential race to a dead heat. Joining Lockhart, were former Clinton press secretary Mike McCurry and Joel Johnson, the former president's legislative strategist.

"Because he had heart surgery people want to see him and the sympathy for him is going to be big," said former House Democratic majority whip Tony Coelho, who ran Al Gore's campaign in 2000. "Republicans are going to try to offset him with Arnold [Schwarzenegger] but Arnold doesn't agree with their base."

In 2000, Al Gore shied away from Mr. Clinton. Dissuaded by the Monica Lewinsky scandal, Gore believed Mr. Clinton would damage his candidacy. Today, many strategists believe this contributed to Gore's loss.

"Gore was adamantly opposed to having Clinton and several people, including myself, argued against it," said Coelho. "And I thought it was the wrong strategy because the base needed the exercise."

But if there was any question of Mr. Clinton's star power, the crowd in Philadelphia should put it to rest. Philadelphia Fire Commissioner Lloyd Ayers said more than a 100,000 people attended the midday rally.

"He's kind of a rock star in politics," said Coelho. "Clinton can energize the base like no other Democrat. He is credible with anybody except those people who hate him and those people aren't going to vote for Kerry anyway."