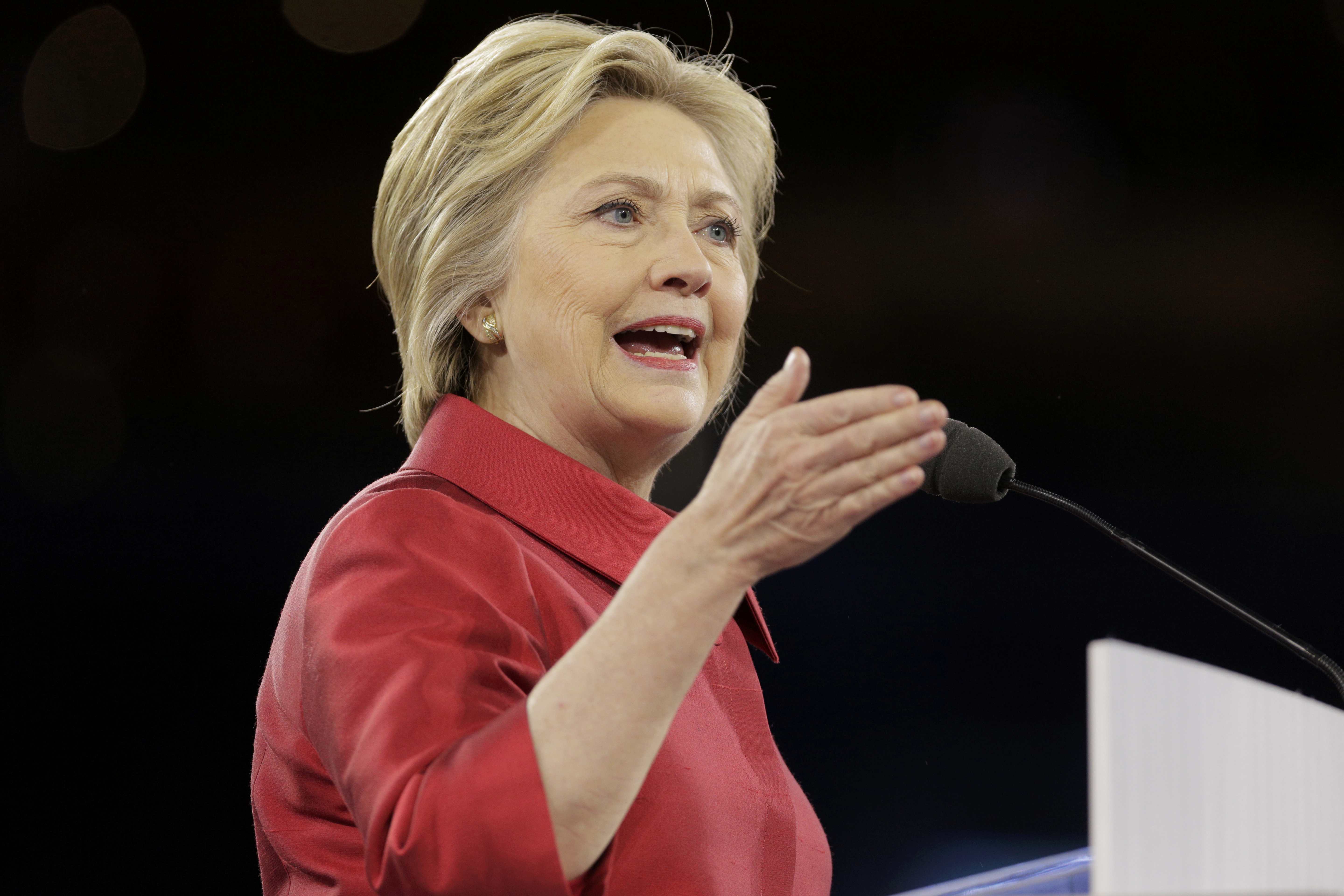 PALO ALTO -- In a speech here in response to the terrorist attacks in Brussels on Tuesday, Hillary Clinton rejected the proposals of Republican candidates Ted Cruz and Donald Trump with a call for greater cooperation with European allies and Muslim-Americans.

"When Republican candidates like Ted Cruz call for treating American Muslims like criminals and for racially profiling predominantly Muslim neighborhoods," she said, referring to Cruz's push for "patrols" of Muslim communities, "it's wrong, it's counterproductive, it's dangerous."

Clinton's speech on Wednesday marked her third time this cycle dedicating a major address to counterterrorism: in November, in the wake of terrorist attacks in Paris, Clinton laid out her vision to defeat ISIS in New York and, in December, two weeks after the fatal shootings in San Bernardino, Clinton outlined a five-point plan to combat the threat of homegrown terror in Minneapolis.

Her core message has remained the same, that the United States must work with its partners to defeat ISIS on the ground, in the air and on the Internet. Clinton said what happened in Brussels "have only reinforced the urgency of this mission" and, in a rebuke to Trump's suggestion that the U.S. should withdraw from NATO, stressed the importance of strategic alliances.

"Turning our back on our alliances," she said, "would reverse decades of bipartisan, American leadership and send a dangerous signal to friend and foe alike. Putin already hopes to divide Europe. If Mr. Trump gets his way, it will be like Christmas in the Kremlin."

Clinton called specifically for better coordination between European countries and the United States when it comes to stopping the flow of foreign fighters into Syria and for taking a "harder look" at security protocols at airports and other soft targets. She asked for the help of technology companies to track potential terrorists and "map jihadist networks."

"We face an adversary that is constantly adapting and operating across multiple theaters," she said, "so our response must be just as nimble and far-reaching."

But Clinton ruled out one strategy: torture, which she said puts American troops and civilians at risk.

"If I'm President, the United States will not condone or practice torture anywhere in the world even when we're up against opponents who don't respect human life or human rights," she said. "Torture is not the right choice."But as Clinton has cast herself at times as the singular candidate with a comprehensive, workable plan to take on ISIS, her critics on both sides of the race have continued to pin her to the group's rise.

"Hillary Clinton and President [Barack] Obama have been wrong about ISIS at every turn, which has resulted in more attacks and a more dangerous world," said Reince Priebus, the chairman of the Republican National Committee, in a statement. "From her failed Libya policy, to her support for the president's hasty withdrawal from Iraq, to her failed online counterterrorism program at the State Department, Hillary Clinton has backed policies that have enabled ISIS to grow into a global threat."

Cruz, who called the attacks in Brussels "just the latest in a string of coordinated attacks by radical Islamic terrorists" has repeatedly criticized Obama and Clinton together for refusing to "name" the "enemy."

"Political correctness is not simply an odd verbal tic that President Obama and Hillary Clinton and the entire Obama administration has," Cruz said to reporters on Tuesday. "Political correctness impacts policy, because if you will not acknowledge the threat is radical Islamic terrorism, than we don't implement policies to defeat radical Islamic terrorism."

On the Democratic side, Bernie Sanders, Clinton's opponent in the race for her party's nomination, has hammered her throughout his campaign for her vote as a senator for the Iraq War, which he has said contributed to the regional instability that has allowed ISIS to flourish.

In her remarks, Clinton also mentioned her tenure as a senator from New York during the 9/11 attacks as motivating her attention to countering terrorism.

"This is a very personal issue for me," she said, "having seen the horrors that were produced by a well-planned and executed attack on our country, knowing how important it is that we do stay ahead of those who wish to do us great harm, without panic, without paranoia, but with resolve."