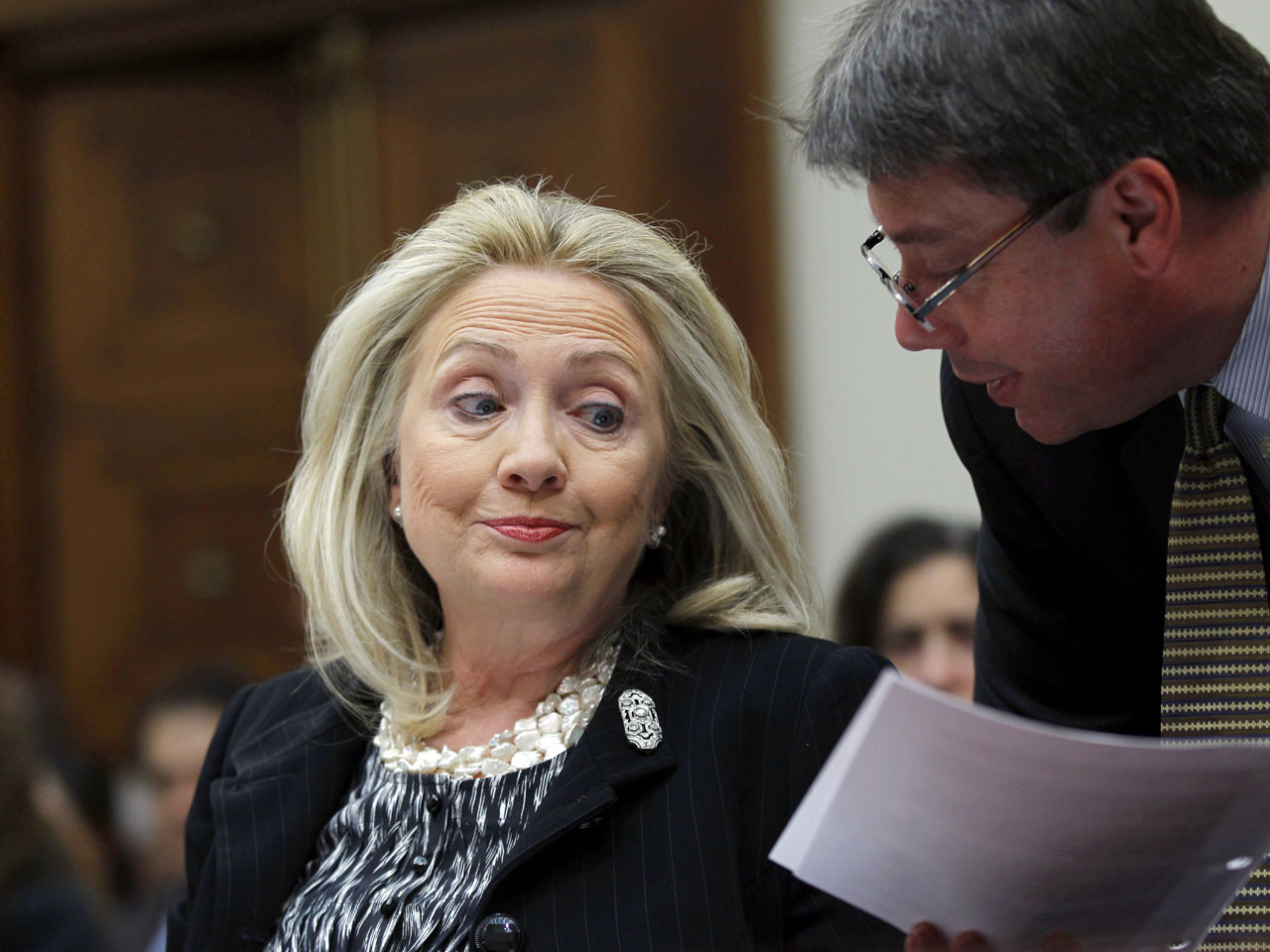 WASHINGTON - Secretary of State Hillary Rodham Clinton said bluntly Thursday that U.S. outreach to gauge the Taliban-linked Haqqani network's interest in peace talks after more than a decade of war was answered with "an attack on our embassy" in Afghanistan.

Testifying before skeptical members of the House Foreign Affairs Committee, Clinton defended the apparent contradiction of U.S. pressure on Pakistan to crack down on the Haqqani group, considered a major threat to American forces in Afghanistan, and efforts to engage elements of the network for possible negotiations.

The Obama administration sees a peace deal with the Taliban as critical to ending the war in Afghanistan, now in its 11th year. Clinton described how the outreach was largely futile.

"This was done in part because I think the Pakistanis hope to be able to move the Haqqani network toward some kind of peace negotiation and the answer was an attack on our embassy," Clinton told the committee.

Afghan insurgents attack U.S.-run base
Soldier in Afghanistan killed during 14th deployment
Karzai: Afghans would side with Pakistan in war

Then-Joint Chiefs of Staff Chairman Adm. Mike Mullen told Congress last month that the Haqqani network, which is affiliated with the Taliban and al Qaeda, "acts as a veritable arm" of Pakistan's intelligence agency. Mullen accused the network of staging an attack against the U.S. Embassy and NATO headquarters in Kabul on Sept. 13 and a truck bombing that wounded 77 American soldiers. He claimed Pakistan's spy agency helped the group.

"These events raise very serious questions about Pakistan's commitment to work with us to defeat the terrorists that threaten Pakistan, and U.S. and coalition forces in Afghanistan," said Rep. Howard Berman, the top Democrat on the committee. "This behavior must stop."

The U.S. relationship with Pakistan has reached a low point, due in part to the U.S. raid deep inside Pakistan this past May to kill al Qaeda leader Osama bin Laden and American complaints about an Islamabad's unwillingness to crack down on terrorism. Lawmakers have challenged the Obama administration's request for U.S. taxpayer dollars to aid Pakistan, imposing conditions on financial assistance in various spending bills.

Clinton said she would be sending an updated request to Congress next week.

Among the continuing problems, a top U.S. general said Thursday that cross-border radio communications with Pakistan's military collapsed after the raid that killed bin Laden and are still not consistent or up to what the U.S. would like to see.

U.S. Army Lt. Gen. Curtis Scaparrotti, who directs day-to-day military operations in Afghanistan, said officials are trying to re-establish military communications along the border, particularly between Afghan and Pakistani units that are facing each other.

Members of the Foreign Affairs committee sought clarity in U.S. policy, with Rep. Ileana Ros-Lehtinen, the Republican committee chairwoman, trying to understand both the outreach to the Haqqani network and U.S. calls for Pakistan to get tough with the group.

During her recent trip to Pakistan, Clinton said if the government in Islamabad is unwilling or unable to take the fight to al Qaeda and the Haqqani network operating from its border with Afghanistan, the U.S. "would show" it how to eliminate its safe havens.

"So which is it ... crackdown or negotiate with the Haqqani network or a little bit of both?" Ros-Lehtinen asked.

"It's both," Clinton said. "We want to fight, talk and build all at the same time. Part of the reason for that is to test whether these organizations have any willingness to negotiate in good faith. ... There's evidence going both ways, to be clear. Sometimes we hear that they will, that there are elements within each that wish to pursue that, and then other times that it's off the table."

The United States has about 98,000 troops in Afghanistan and plans to bring most forces home by 2015. It intends to withdraw the 33,000 additional troops that President Barack Obama sent to Afghanistan in 2009 by the end of the fighting season in 2012, 10,000 of them by the end of this year. About 3,000 of those have already left.

Clinton said the United States is sticking to that timetable for the military, but there will be a civilian U.S. presence after 2014

Lawmakers also have expressed outrage over Afghan President Hamid Karzai's recent statement that his country would back Pakistan if it went to war with the United States.

In an interview that aired this past weekend, Karzai told a private Pakistani television station: "If fighting starts between Pakistan and the U.S., we are beside Pakistan. If Pakistan is attacked and the people of Pakistan need Afghanistan's help, Afghanistan will be there with you."

He said his government would not allow any nation, including the United States, to dictate its policies.

Hearing the remarks, Clinton said she asked U.S. Ambassador Ryan Crocker to find out about Karzai's comments. She said Crocker indicated that it was a reflection of the decades-long cooperation between Afghanistan and Pakistan, and added the comments were "both taken out of context and misunderstood."