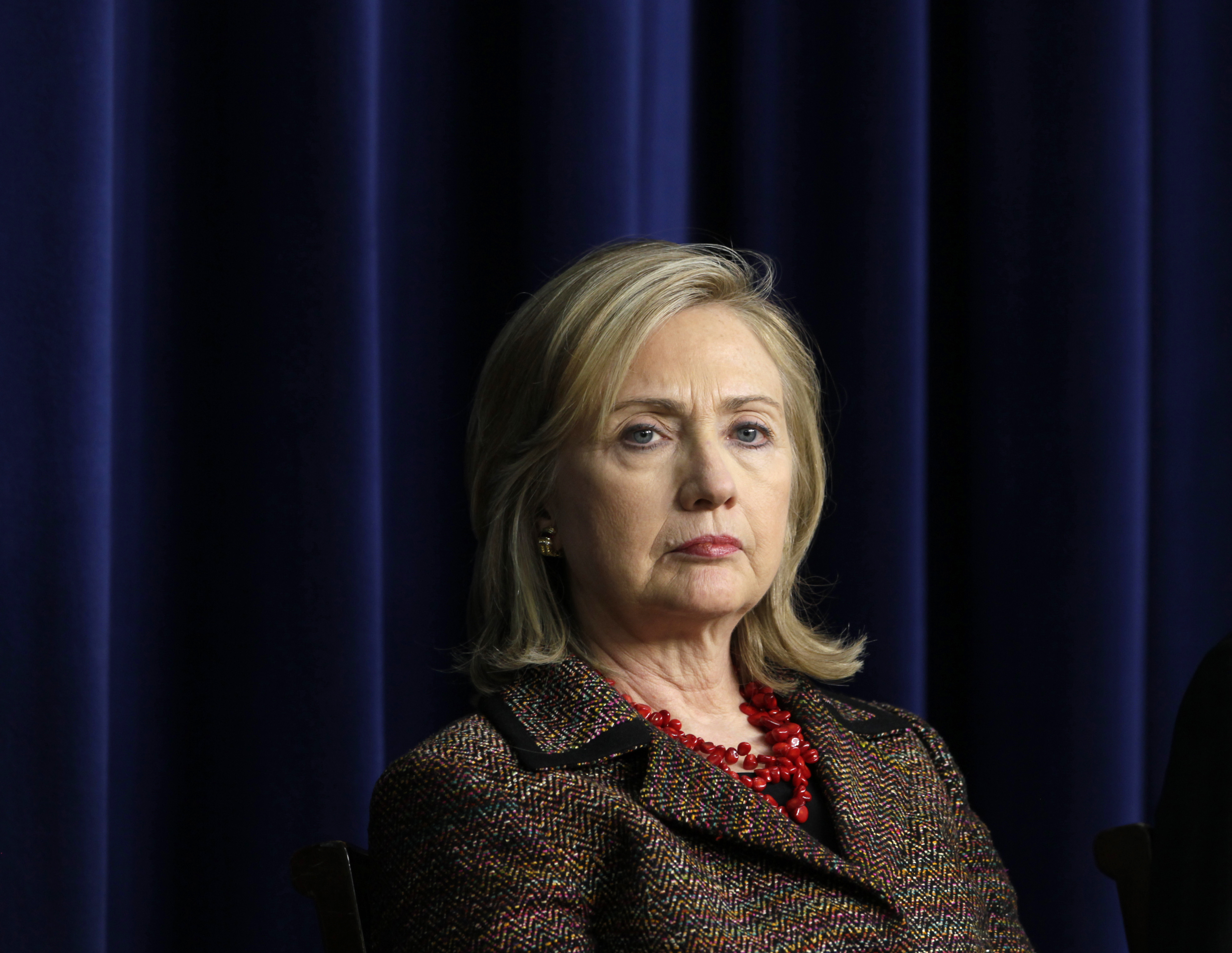 ISLAMABAD - U.S. Secretary of State Hillary Rodham Clinton assured Pakistani leaders of U.S. support at a tense session Friday meant to repair badly frayed relations after the killing of terror mastermind Osama bin Laden at his hideout not far from this capital city.

Amid frustration in both countries with the other's priorities, Clinton was joined by Adm. Mike Mullen, chairman of the U.S. Joint Chiefs of Staff, to deliver a twofold message.

CBS News correspondent Elizabeth Palmer reports the visit by Clinton was extremely quick -- she left the country after just several hours -- but it was crucial to patching up the vital relationship, and it took a conspicuously conciliatory tone.

Clinton told Pakistani President Asif Ali Zardari and other officials that the U.S. maintains "very strong support for the relationship and our commitment to working with and supporting Pakistan."

A portion of the meeting briefly witnessed by reporters was stiff and awkward, with no smiles among the U.S. delegation.

The United States wants to soothe nerves and hurt feelings following the raid nearly a month ago by U.S. Navy SEALs on bin Laden's compound, a strike that was kept secret even from Pakistan's top Army and intelligence officials.

But Clinton and Mullen also were telling Pakistan it must show renewed commitment to U.S. security interests, chiefly to eradicate safe havens for militants who attack U.S. forces in Afghanistan.

The pair hammered home a warning that lower-ranking U.S. officials have been making to Pakistan since the bin Laden raid: The billions of dollars in military and development aid that flow to Pakistan annually will dwindle if Pakistan is seen to play both sides.

Mullen and Clinton were meeting with Zardari and the nation's army and spy chiefs in back-to-back meetings under extremely tight security. Clinton's visit was not announced in advance for fear of an assassination attempt or terror strike.

Clinton and Mullen are the highest-ranking U.S. officials to confer with Pakistani leaders since the raid, which splintered already fragile support in both countries for the agenda of cooperation that top U.S. and Pakistani officials say they want.

The United States has a "set of expectations" it wants the government in Pakistan to meet, including in combating terrorism, Clinton said Thursday.

She acknowledged that Pakistan has not always done all that the U.S. wanted to go after militants hiding on its soil. Pakistan has waged a two-year campaign against militants targeting the weak U.S.-backed government but has done little to expunge safe havens for militants who attack U.S. and NATO forces in Afghanistan.

Former Assistant Secretary James Rubin tells "The Early Show" that, while there has been a "shift" in Washington, with lawmakers demanding more proof that Pakistan is going to take the fight to the militants, the administration clearly believes the U.S. is "better off confronting them with problem," than forsaking the relationship with Islamabad completely.

Pakistan's prime minister said Thursday that his country will use "all appropriate means" to attack militant hideouts inside the country, amid internal criticism of the nation's security forces in the wake of a deadly 16-hour assault on a naval base last weekend.

Yousuf Raza Gilani gave no indication the army was considering new offensives along the Afghan border, where most of the militants in Pakistan are based along with other groups and affiliates who are the greatest danger to U.S. troops.

The United States wants to see action in North Waziristan region especially, where a deadly Afghan Taliban faction is based, to help it put pressure on Afghan insurgents and enable it to begin withdrawing troops later this summer after 10 years of war.

Mullen has been a chief proponent of the U.S. argument for Pakistani action against the Haqqani network, which U.S. commanders in Afghanistan have identified as the single most potent threat to U.S. troops. Mullen has said he believes Pakistani leaders and the country's powerful Army chief when they assure him that Pakistan will move against the Haqqanis and similar border groups eventually.

"There have been times when we wanted to push harder, and for various reasons they have not," Clinton said before coming to Pakistan from Paris.

"Those differences are real. They will continue," Clinton said, but she took pains to praise Pakistani cooperation that she said had allowed the killing of more terrorists inside Pakistan since the Sept. 11 attacks "than anyplace else in the world."

Her words pointed up the paradox for the United States as it contemplates how to deal with Pakistan, a nuclear-armed nexus for extremism and terrorism in a strategically vital region. The U.S. also relies on Pakistan for transit and supply routes for the war in Afghanistan and will need its help Afghanistan broker a peace deal with Taliban militants that can end the war.

U.S. officials said the visit came only after some demonstrated cooperation from Pakistan in the past two weeks, including the return of part of a U.S. helicopter destroyed in the bin Laden mission, and the granting of access to U.S. intelligence officials to the bin Laden compound and to bin Laden's wives.

The officials, who spoke on condition of anonymity to describe sensitive planning, said much of the onus remains on Pakistan. The U.S. wants further specific counterterrorism measures, something that will be harder for Pakistan to promise in public now.

Pakistan's fragile civilian government depends on U.S. aid and protection but elements of the government and large swaths of the public suspect U.S. motives. Rates of anti-American sentiment in Pakistan are among the highest in the world. Following the May 2 raid, Zardari and other officials insisted that the U.S. would be blocked from ever repeating the incursion, which many Pakistanis took as a deep insult to national sovereignty.

Meanwhile, influential U.S. lawmakers have begun to talk about pulling the plug on some of the nearly $1.3 billion in annual aid, and pressure to hold Pakistan to account will mount if proof emerges that the military or government harbored bin Laden or knowingly tolerated his presence. The Sept. 11 planner was killed in a house he had apparently shared for five years with family and aides not far from the capital where Clinton and Mullen came.

The Pakistani government has demanded that some U.S. military counterterror trainers leave the country. Pakistani leaders also have done little to tamp down anti-American fervor following the bin Laden raid, and at times have appeared to whip it up.

The U.S. has been quietly helping train Pakistan security forces in the northwest, but that cooperation has faltered after the bin Laden raid.