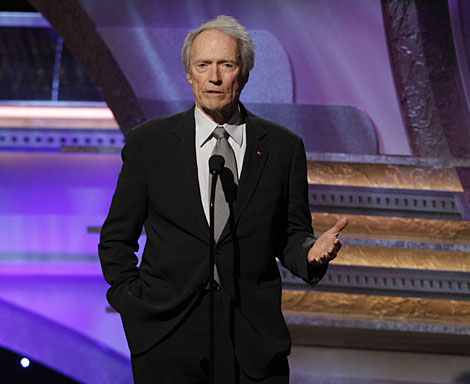 LOS ANGELES (CBS/AP) When the Associated Press asked actor-director Clint Eastwood to select his five favorite movies from the dozens he's directed over the years, the Oscar winner, whose latest film "Hereafter"' opens this weekend, came up with a list of six.

And because he's Clint Eastwood. they couldn;'t say no to him.

His choices are listed here alphabetically along with his comments:

"Bird" (1988): This is Eastwood's biopic on jazz legend Charlie Parker. "It was a nice story about someone whose musicianship I admired so greatly. It was a good script on the analysis of the self-destructiveness of personality: people who insist on sinking into the abyss. Success, being idolized by other musicians none of it was enough."

"Letters From Iwo Jima" (2006). This is one of two World War II films Eastwood released that year: "I was proud of 'Letters from Iwo Jima.' I got the idea of doing it while doing 'Flags of Our Fathers,' which is about the American invasion of the island. But the film pointed out what it must have been like to have been one of the defenders of the island to have been there, and been told not to plan on returning home. What a difficult request to make of people. Also, the Japanese soldiers were facing certain annihilation. They never gave up hope. A lot of them would have loved to have been out of the war and home, just like soldiers from any nation."

"Letters From Iwo Jima" (2004). The film stars Hilary Swank as a boxer and Eastwood as her reluctant trainer. "It appealed to me because it was a story regarding family a search for the daughter he never had a relationship with, and the search for the father that was no longer there for her. They were both sort of reticent, and ended up putting themselves through the most emotional test possible, ending with her desire to be euthanized."

"Mystic River"' (2003). This movi is about childhood friends reunited by tragedy in an insular part of Boston. " I liked the book and the screenplay by Brian Helgeland. The way sometimes fate deals a bad hand, and it just keeps getting worse and worse, and there is nothing anyone can do. No amount of sane advice can stop the train."

"The Outlaw Josey Wales" (1976). This stars Eastwood as a Missouri farmer out for revenge after the Civil War: "It was the first Western I had done in some time, since the 1960s Leone movies. It came out in the '70s when the country was restless about Vietnam. It addressed the divisiveness of war, and how it can tear at heart and soul. But it also dealt with the rejuvenation of a cynic, re-instilling his life with purpose, and with a surrogate family."

"Unforgiven" (1992). Eastwood plays a retired gunslinger in this, taking on one last job: "I loved the 'Unforgiven'" script. You had to get a ways into it before you knew who was the protagonist and who was the antagonist. Even the villains, with the exceptions of the renegade cowboys, had good points to their character, and had dreams. Little Bill (played by Gene Hackman) just wanted a peaceful life. He believed he was doing the right thing. The film dealt with issues - gun control, and the struggles people have within.' The hero went against instinct. It was a very rich story, involving loyalty to friends, family and rationalizing deeds. It was a very intelligent script."