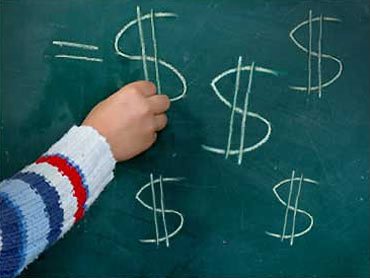 (CBS/iStockphoto)
Widening concern about the state of climate science after thousands of internal e-mails and computer files were posted on the Internet could jeopardize any agreement at this week's summit in Copenhagen.

Although a sweeping international deal already appeared unlikely, agreement on even less ambitious measures will be complicated by the growing ClimateGate scandal and questions that have been raised about the reliability of computer models linking global warming to man-made activities. No less an authority than the U.N.'s top climate official, Yvo de Boer, acknowledged on Sunday that the data leak was damaging; domestically, Republicans are pressing the Obama administration to reevaluate its position. (See CBS News' previous coverage.)

The summit in Denmark that began Monday, properly titled the 2009 United Nations Climate Change Conference, is expected to draw some 100 heads of state, including President Obama. One unanswered question: How willing are wealthier, developed nations to curb their economic output and tax their citizens to pay poorer countries to emit less carbon dioxide?

A November 20 report from a U.N. working group outlines what many nations would like to see in a final treaty. Wealthier nations including the United States will make "mandatory contributions" to a "multilateral climate change fund" paid for by the requirement that "developed country parties shall restructure their taxation regime." The report warns: "Delay by developed country parties in implementing their commitments to reduce emissions will increase their climate debt to the developing country parties."

The leaked electronic files have proven problematic because the argument for an international treaty is attached to this chain of reasoning: the earth is warming, the primary cause is man-made carbon dioxide emissions, the effect is harmful and can be remediated by limiting CO2 output, and, finally, it's worth spending billions or even trillions to do so. If foundational data about temperature measurements is in error, as critics now say is the case -- well, we might as well cancel the Copenhagen summit and tell all those inbound private jets to turn around and return home.

To be sure, many -- perhaps even most -- climate researchers say any flaw in the leaked data assembled by the University of East Anglia's Climatic Research Unit (CRU) does not mean the theory of man-made global warming is false. Nicholas Stern, chair of the Grantham Research Institute on Climate Change and the Environment at the London School of Economics, calls evidence for that theory "overwhelming," and Obama administration scientists last week downplayed the scandal, as did a U.N. panel. Tempers are flaring: one of the East Anglia academics resorted to calling a skeptic "an asshole" on a live BBC television interview.

And the scandal seems to be broadening. Internal investigations are underway at the CRU and Penn State (with the state senate warning that the school's budget may be at risk), one estimate from a free-market group says that 12 of the 26 scientists who wrote the relevant section of a U.N. global warming report are "up to their necks in ClimateGate," and the BBC and independent analysts are evaluating the CRU's computer code and finding it lacking.

Saudi Arabia's U.N. negotiator says the country's confidence in temperature data is diminished. England's meterological office has announed that it will begin a three-year review of its analysis, which relied heavily on CRU data. The free-market Competitive Enterprise Institute, which runs the GlobalWarming.org site that takes a critical look at pro-warming research, has petitioned the EPA to halt regulatory proceedings based on U.N. temperature data, and has announced plans to sue NASA by the end of the month if it does not release scientific and other data that CEI initially asked for three years ago.

In the words of Christopher Booker, a journalist for the U.K. Telegraph: "What has become arguably the most influential set of evidence used to support the case that the world faces unprecedented global warming, developed, copied and promoted hundreds of times, has now been (definitively called into question). Yet it is on a blind acceptance of this kind of evidence that 16,500 politicians, officials, scientists and environmental activists will be gathering in Copenhagen to discuss measures which, if adopted, would require us all in the West to cut back on our carbon dioxide emissions by anything up to 80 per cent, utterly transforming the world economy."

All of a sudden, the domestic political situation has become more perilous for politicians who are proposing dramatic new laws or taxes based on theories of climate change. In addition to questions being raised by congressional Republicans, onetime VP candidate Sarah Palin has has published a statement on Facebook saying "ClimateGate calls into question many of the proposals being pushed (in Copenhagen), including anything that would lead to a cap and tax plan." No less than 59 percent of Americans believe that scientists have faked climate change research and only 22 percent view the U.N. as a reliable source of global warming information, according to a new Rasmussen Reports poll.

The probability that global warming alarmism has become a political movement, as MIT climatologist Richard Lindzen has stated and libertarian writer Lew Rockwell has argued, has long been evident. But what we now know is that many of the most prominent climate change scientists have clambered on board that movement, which calls their models, their analysis, and their policy recommendations into question.

Further evidence inadvertently comes from Michael Schlesinger of the University of Illinois, who apparently threatened a New York Times reporter with "the Big Cutoff" on Saturday for writing an article that displeased him. Schlesinger did not immediately respond to questions from CBS News on Monday. (In retrospect, we probably should have figured this out when NASA's James Hansen called for oil executives to be tried for "high crimes against humanity." What does that make those of us who drive gas or diesel-fueled cars? Accomplices? Or unindicted co-conspirators?)

The official U.N. Copenhagen Web site says, without mentioning arguments that the science remains unsettled, that "the world has only a very narrow window of opportunity to undertake a first dramatic shift towards a low-carbon society and to prevent the worst scenarios of scientists from coming true." What are the odds that the tens of thousands of attendees will take a break from scallops, foie gras and sculpted caviar wedges to ensure that those scenarios are based on fact and careful analysis, not other motivations that might be less pure?

Update 2:30 p.m. ET: In November 2007, the American Physical Society (a professional association of physicists) adopted a statement saying "the evidence is incontrovertible: Global warming is occurring... We must reduce emissions of greenhouse gases beginning now." Now members of the society, including two eminent professors of physics at Princeton University, are circulating a letter calling ClimateGate "an international scientific fraud, the worst any of us have seen in our cumulative 223 years of APS membership." The letter calls on the society's management to withdraw the 2007 statement; I'll let you know what the American Physical Society has to say on the matter.

Declan McCullagh is a senior correspondent for CBSNews.com. He can be reached at declan@cbsnews.com and can be followed on Twitter as declanm. You can bookmark Declan's Taking Liberties site here, or subscribe to the RSS feed. Declan previously was chief political correspondent for CNET, a reporter for Time, and Washington bureau chief for Wired.