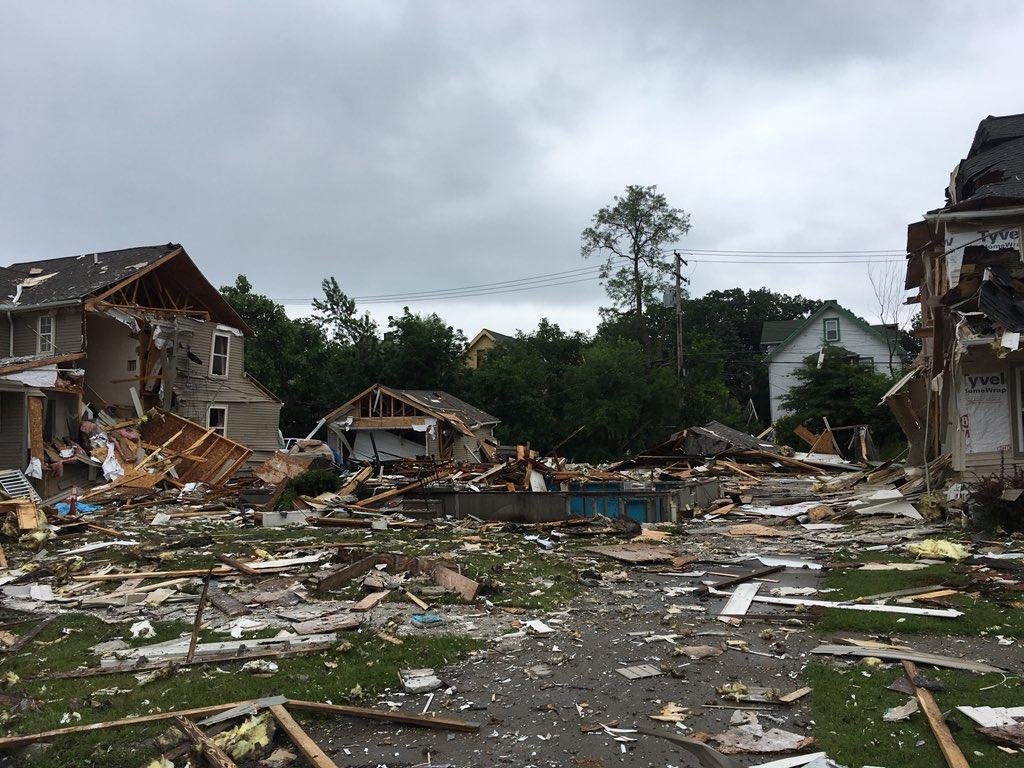 Authorities say one person was killed and another injured when a house exploded in Cleveland, Ohio. The cause of the explosion is under investigation.

The explosion was reported around 12:45 p.m. Sunday on the city's east side. Several houses in the neighborhood sustained fire damage and had their windows blown out from the explosion, Robert Benjamin of the East Cleveland Fire Department said in a news conference.

Benjamin said no other injuries were reported.

A dog named Zeus in the house next door to the home that exploded survived the incident, but his home was destroyed, CBS affiliate WOIO-TV's Victor Williams reports.