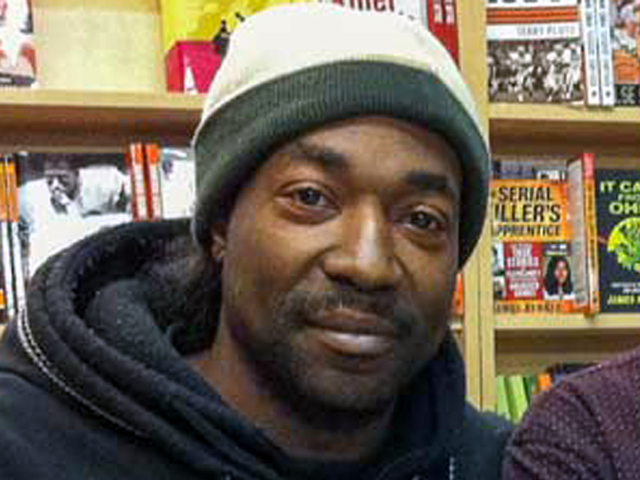 CLEVELAND - Charles Ramsey, the man who famously put aside his Big Mac to help rescue three women held captive in a Cleveland house for nearly a decade, has signed a contract to publish his memoirs.

Ramsey, who became famous after his interview about the rescue with a local station went viral, signed the deal with the Cleveland publisher David Gray & Co. on Thursday.

The women who were rescued in May from kidnapper Ariel Castro were Amanda Berry, Gina DeJesus and Michelle Knight, along with Berry's 6-year-old daughter.

Collaborating as Ramsey's co-author will be freelance writer Randy Nyerges.

"What you saw on TV doesn't even begin to tell the story," Ramsey said in the company's announcement of the signing.

Ramsey and Nyerges started work on the book early this month, David Gray said. Ramsey, who had been working as a dishwasher, is devoting himself to the project full time.

The book, which does not yet have a title, will be published next spring.

According to CBS affiliate WOIO, the book will be about Ramsey’s life before the rescue, the time he served in prison, and living next to Castro’s house. He will also write about the day the three women were rescued and his life after becoming famous.

"Charles says outrageous things, but what a story he has," Nyerges said. "America doesn't know yet how truly brilliant this guy is."

"He's completely unfiltered," Gray said, according to The (Cleveland) Plain Dealer. "I think that's part of his appeal. He says what he thinks. I am really intrigued by him -- as a person, with the story he had to tell, and with his ability to tell it."

The 44-year-old  heard screaming from Castro's Seymour Avenue house next door to his on May 6. He ran over and helped a woman who said she was Amanda Berry escape through the front door, and called 911.

He was hailed as a hero, and his animated TV interviews, offering blunt opinions on race, class and life in the inner city, made him a sensation.

Seeing a white girl in that situation was "a dead giveaway" that she was either homeless or had other problems, he said.

"When a little pretty white girl ran into a black man's arms, something was wrong," he said.

Viking, a publishing company owned by the Penguin Group, announced last week that it has acquired a planned book by Berry and DeJesus. The book is currently untitled and is scheduled to come out in 2015.

Knight is working on her own memoir, which Weinstein Books plans to publish next spring.

Castro was arrested and eventually sentenced to life in prison. He was found hanged in his cell in September.