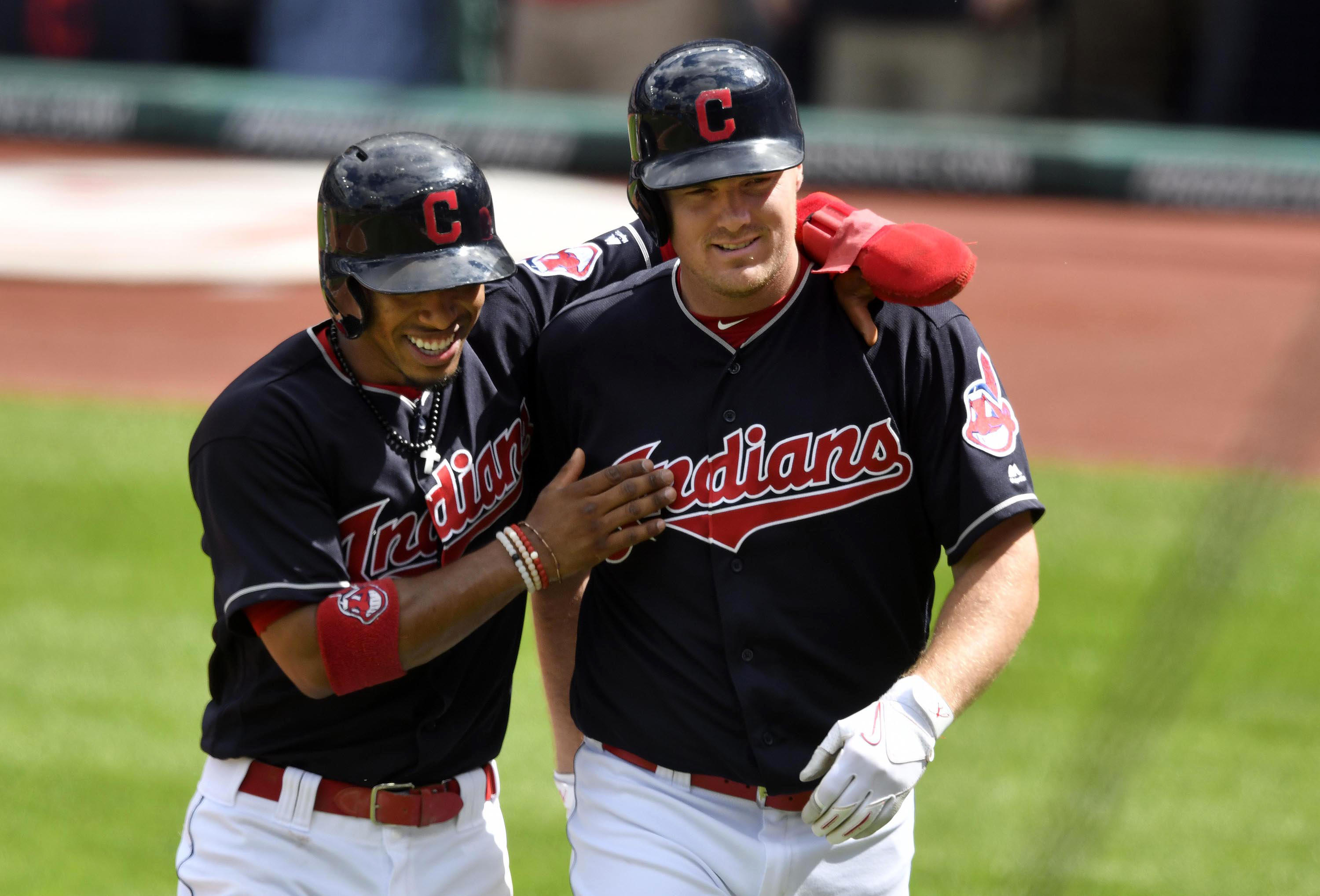 Making history almost every time they take the field, the Indians won their 21st straight game on Wednesday, 5-3 over the Detroit Tigers, to set an American League winning-streak record and join only two other teams in the past 101 years to win that many consecutive games.

Jay Bruce hit a three-run homer off Buck Farmer (4-3) and Mike Clevinger (10-5) won his fourth straight start as the Indians matched the 1935 Chicago Cubs for the second-longest streak since 1900. The run has put Cleveland within five wins of catching the 1916 New York Giants, who won 26 straight without a loss but whose century-old mark includes a tie.

The Indians haven't lost in 20 days, and they've rarely been challenged during a late-season run in which they've dominated every aspect of the game.

However, they had to overcome a costly error and rely on their bullpen to hold off the Tigers, who closed within 4-3.

Roberto Perez added a homer in the seventh and four Cleveland relievers finished, with Cody Allen getting his 27th save.

With the crowd of 29,346 standing and stomping, Allen retired Ian Kinsler for the final out, giving the Indians the league's longest streak since the AL was founded in 1901.

During their streak, which began with a 13-6 win over Boston ace Chris Sale on Aug. 23, the Indians have rarely been tied, never mind equaled, for nine innings. They have been superior in every way possible.

Incredibly, the Indians have hit more home runs (40) than their pitchers have given up in total runs.

And while they've racked up win after win, the defending AL champs have reduced their magic number for winning their second straight AL Central title to four. They've passed the Houston Astros for the league's best record, which will come into play in the postseason because the team with the best record in each postseason series has the home-field advantage.

On Tuesday, the Indians tied the league mark of 20 straight wins held by the "Moneyball" 2002 Oakland Athletics. And now that they're alongside the '35 Cubs, the Indians have a realistic shot of running down the '16 Giants.

Cleveland opens a four-game series on Thursday against Kansas City, which was outscored 20-0 on its three-day visit last month.

With a shot at AL history, Clevinger took the mound with Jimi Hendrix's "Purple Haze" blasting through the ballpark's sound system, and Cleveland's crowd came to rock - and witness history - on a mostly sunny day.

Some parents kept their kids home from school and brought them to Progressive Field to see a once-in-a-lifetime event Cleveland residents may remember more than any solar eclipse. They cheered every two-strike count like it was October and there was something much bigger on the line. Those days aren't far off, and the Indians have viewed the streak as a perfect postseason warm-up as they try to end a Series title drought dating to 1948.

Clevinger, who didn't allow a run in 18 innings over his three previous starts, was down 1-0 in the first after Jeimer Candelario touched him for a two-out RBI double.

But as they have done for the past three weeks, the Indians responded as Bruce, who arrived in a trade from the Mets last month, connected for a three-run shot into the left-field bleachers.

The Indians made it 4-1 in the third on Edwin Encarnacion's flare RBI single.

Cleveland's lead shrunk to 4-3 in the sixth, when third baseman Yandy Diaz's throwing error helped the Tigers score a pair of unearned runs. However, while costly, it didn't derail the Indians.

After Corey Kluber pitched a five-hit shutout on Tuesday, the Indians didn't have much time to rest before they were back at the ballpark to finish their series against the Tigers, who have dropped 11 of 12 to Cleveland.

Tigers: OF Mikie Mahtook missed his fifth consecutive game after being scratched from a Sept. 9 game against Toronto with left groin soreness. Manager Brad Ausmus said Mahtook was "getting closer, but he's not ready."

Indians: All-Star reliever Andrew Miller will be activated from the disabled list Thursday following his second stint on the disabled list with knee tendinitis. The team plans to ease Miller back, using him for an out or two before ramping up his workload to get him ready for the postseason.

The Indians' Josh Tomlin, who is 5-0 with a 2.57 ERA in his last six outings, starts the opener against Royals rookie Jakob Junis.