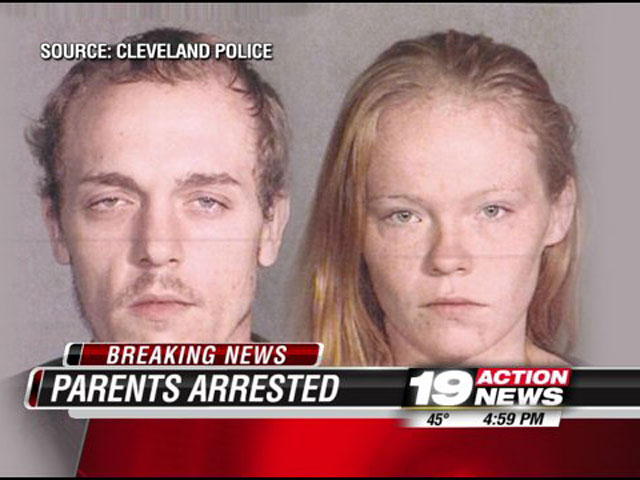 (CBS/AP) CLEVELAND - A Cleveland couple has been arrested after police say they tried to give their 2-year-old daughter to a neighbor. They told him they were going to drug rehab.

Officers say they received an anonymous tip Thursday that Gavin Alridge and Courtney Followay had given away their daughter. Police found an emaciated pit bull with feces on the floor at the couple's house.

The neighbor told police the girl was with him for at least 10 days. He says the parents didn't go to rehab, and after a week, gave other excuses for leaving the child.

Police say the girl was treated at a hospital for scrapes and an eye infection. She was then released to her grandmother.

Meanwhile, the couple was jailed overnight and released pending an investigation.

Requests for comment to Aldridge and the grandmother weren't immediately returned.