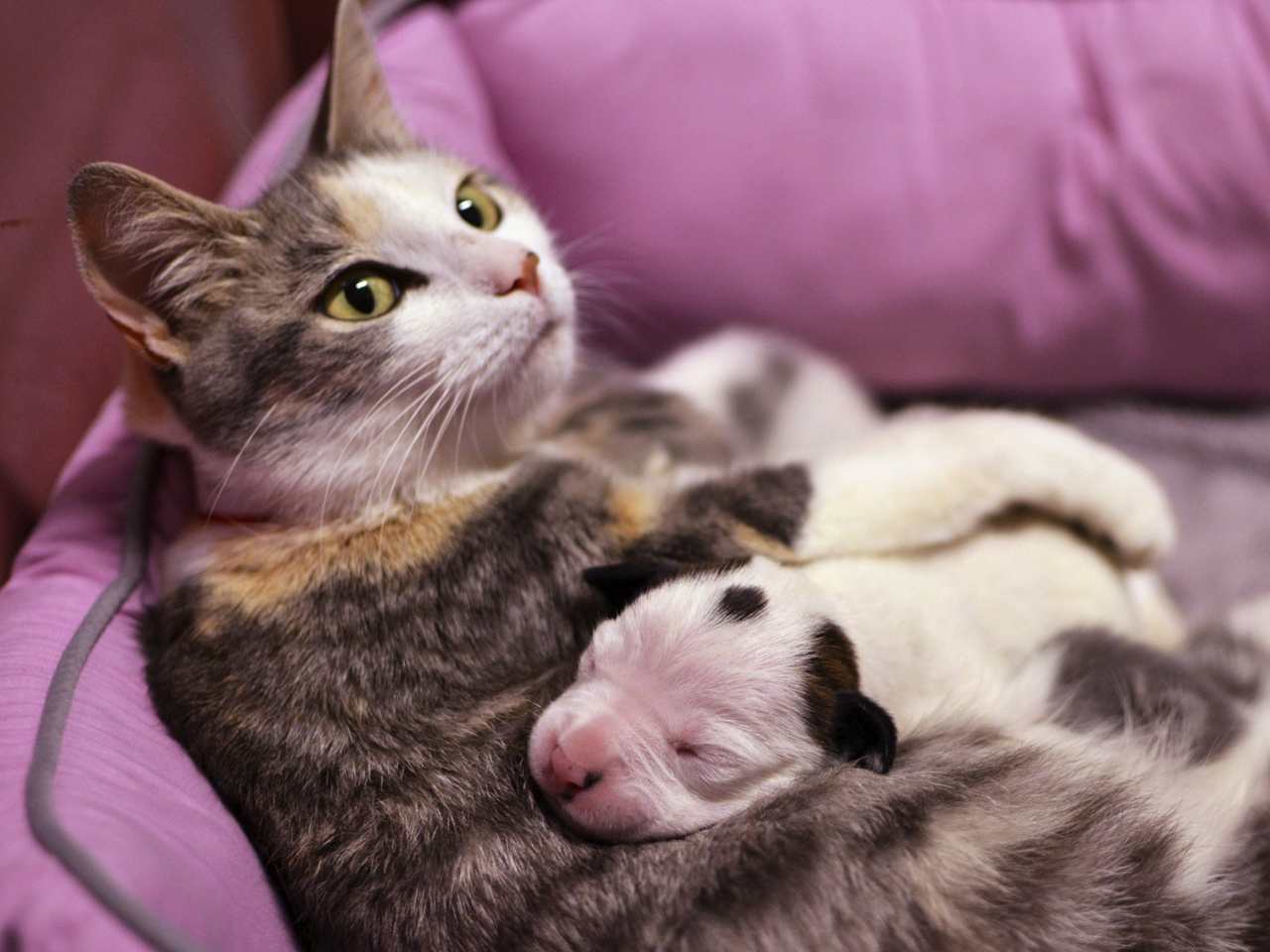 CLEVELAND A cat has adopted an orphaned pit bull puppy and is raising it as one of her own.

Sharon Harvey of the Cleveland Animal Protective League said Wednesday that Lurlene the cat welcomed Noland the puppy to her "unusual little family." The puppy was dropped off at the animal shelter last week when he was a day old.

Lurelene already had four other kittens -- Rivette, Espa, Zixi and Tallydab -- but had no problem taking in one more, WEWS reported. The crew spends about nine hours a day togehter.

"Lurlene loves him," Harvey said to WEWS. "It's so adorable."

The staff decided to place Noland with the nursing cat and her litter because bottle feeding doesn't always work. He is getting supplemental milk with bottles since he is a bit bigger than his siblings.

The puppy will grow faster, so the shelter says it may have to come up with another feeding idea in several weeks until Noland is ready for adoption. They are not currently taking in requests for his adoption however.

"Noland is going to be with us for quite awhile," said Harvey. "We need to be really sure with him. We've got to focus on giving him the care he needs right now."