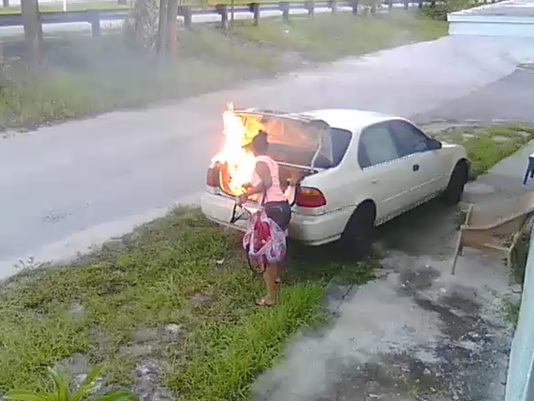 A woman targeting her ex-boyfriend apparently forgot what kind of car he drives.

CBS affiliate WTSP reportsthat police in Clearwater, Florida arrested 19-year-old Carmen Chamblee after she set fire to a car. She told detectives that she thought the car belonged to her ex-boyfriend but that she apparently set the wrong vehicle on fire.

Chamblee, who was arrested south of Clearwater, was charged with second-degree arson. She taken to Pinellas County Jail, the station reported.

Video shows Chamblee could be seen feeding the fire in the car’s trunk, Clearwater police said.

She was seen fleeing on a bicycle after starting the fire.