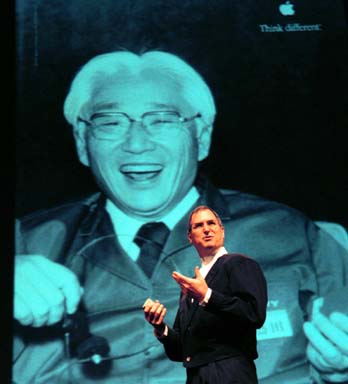 Will Clark made a few adjustments in his swing, and it helped him break out of a slump Tuesday night.

Clark had three hits, including a solo homer, in the Texas Rangers' 7-3 victory over the Tampa Bay Devil Rays.

"No, I hadn't swung the bat well as of late. But I've been trying to make a few adjustments and it paid off tonight."

Luis Alicea also homered, and right-hander Bobby Witt won for the first time in three weeks as the Rangers gained a split of the two-game series.

Alicea, a late addition to the starting lineup at second base because Mark McLemore was bothered by stiffness in his neck, finished a six-run second inning with a three-run homer off Jason Johnson (2-3).

Fernando Tatis had a two-run single off Johnson in the second and Clark homered to center off Julio Santana for a 7-1 lead in the fifth.

Witt (5-3) won for the first time since May 11, allowing seven hits while striking out three and walking four in 5 1-3 innings. The Rangers have scored 47 runs in his five victories, but he entered the game coming off two losses and a no-decision in which he yielded 22 hits and 16 runs in 16 innings.

"He threw the ball well," Texas manager Johnny Oates said. "He made some pitches when he had to and got some big defensive plays behind him. That's what we like our starters to do just go out and keep us in the ball game because we're going to score runs."

Juan Gonzalez, the major-league RBI leader with 72, went 0-for-5 for the Rangers and was hitless in nine at-bats with a groundout RBI in the two-game series. He had four homers and nine RBIs in his previous two games.

Kevin Stocker had a RBI single off Witt in the fourth, and the Texas right-hander gave up a two-run homer to Wade Boggs before leaving with one out in the sixth.

Clark, who recently took three days off to tend to personal business, was 3-for-3 with a single, double and homer, his eighth of the season and first in 13 games. Alicea's homer was his first.

"It was a good night for Will to have," Oates said. "He missed a couple of days being home, and before he went home, he struggled a little bit with the bat. Then (Monday), he had a rough night. But he bounced back with three hits and a base on balls ... It's good to have him back."

Johnson, who got his first major league victory against Texas on April 23, lasted 1 2-3 innings. The Rangers only had three hits off him, although the rookie walked three batters in the second, including Domingo Cedeno with the bases loaded.

"My control went from prety decent to out the door. I don't know what to say. It's one of those things that hits you all of a sudden," Johnson said.

Notes: Rangers shortstop Kevin Elster, who injured his left shoulder diving for a ball in the eighth inning Monday night, returned to Texas where he'll undergo an MRI on Wednesday. Depending on the result, he could rejoin the club as early as Wednesday night at Oakland. ... In his last two starts, Johnson has allowed 11 runs, 10 hits and three walks in 5 2-3 innings. ... Stocker missed three of Tampa Bay's previous four games because of tendinitis in his left knee. ... Devil Rays cleanup hitter Fred McGriff has gone 29 games without a home run. He hasn't homered since April 28, a stretch of 110 at-bats. ... Tampa Bay center fielder Quinton McCracken got his ninth assist of the season when he threw out Clark, who was trying to score from second on a single in the third inning.