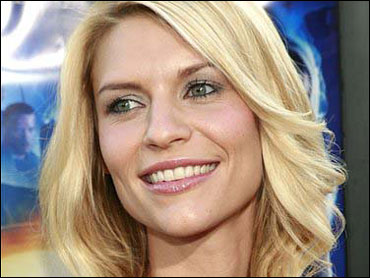 The last time Claire Danes appeared in a play, it turned into a train wreck.

The role was way out of her range, she adopted an atrocious accent and she overacted so badly that she recently hid under a couch while watching the results on video.

As she prepares for a Broadway run of "Pygmalion," Danes still cringes at that debut in a grade school production of "Manhattan Is Missing," which is a gentle story about a vanished cat.

"I slapped every kind of affectation and prop on me imaginable. ... I had a bowler hat and a mustache and a pipe. And I kept stomping my feet and putting my hands on my hips. I had like four gestures."

Twenty years later, Danes has managed to put her performance in perspective: If subtlety wasn't her strong suit, at least the enthusiasm was there. "I was horrible. I mean that -- horrible," she says. "But I clearly was having a great time and really had no problem being stared at by the entire school."

Did she learn anything else, such as how to handle a live audience when she makes her professional theatrical debut next month as Eliza Doolittle?

"I can take it down a notch -- or like 17," she says with a smile, still slightly embarrassed at the memory.

During an interview at a cafe near her Midtown rehearsal space, Danes sips peppermint tea and shreds a sugar packet absentmindedly. She has arrived in jeans, without fuss or entourage. She is weary -- long days, unfamiliar stage directions and learning to bellow George Bernard Shaw dialogue are taking their toll on an actress more known for her ability to project subtle emotion on screen.

"I'm sort of always tired now. My brain is saturated," she says, her hand raking through strands of blond hair. "When we do make progress, it's really intoxicating. But it comes in fits and spurts."

There's also the stress of a leading part. "Pygmalion" co-stars Jefferson Mays as her Henry Higgins, but Danes is clearly the draw -- it's her, alone, except for a butterfly, on the show's advertising.

"It's more fun than I expected. I was kind of dreading it. I was sort of like willing myself to do it, daring myself to do it," she says. "So far, I haven't completely collapsed or been fired -- I was prepared for that even though my big fat face is on the poster."

Director David Grindley, who also helmed "Journey's End" starring Danes' boyfriend Hugh Dancy, says she's in no danger of getting a pink slip. He's impressed by her willingness to learn.

"At the end of the day, Claire is a tremendous actress. If you're working with talent, yes they may be a novice in one media or another, but they very soon find their feet, as Claire has done," Grindley says.

Danes, after all, made the TV-to-film transition seamlessly, going from TV's "My So-Called Life" to varied roles in such movies as "Little Women," "William Shakespeare's Romeo + Juliet," "U Turn" and "The Mod Squad."

After a brief stint at Yale University, Danes dropped out of school and returned in "Terminator 3: Rise of the Machines," "Igby Goes Down," "The Hours" and "The Family Stone." This summer, she had roles in "Stardust" and "Evening."

Danes' road to Broadway started, oddly enough, on screen. In 2004, she starred opposite Billy Crudup in "Stage Beauty," portraying an early actress of the English stage.

"I had my debut there, but I was playing to a hired audience full of extras who had to give standing ovations on cue," she says, "which is the way to do it, I'm telling you."

Danes and Crudup were soon dating -- in the process igniting a tabloid frenzy since Crudup had left a very pregnant Mary-Louise Parker -- and Danes got another dose of theater while watching Crudup tackle "The Pillowman" on Broadway.

"It was really fascinating to see him go through that process from such a close vantage point. And then Hugh, my next boyfriend -- it's really, really very funny to be talking about theater through boyfriends -- was doing 'Journey's End' and I guess I just wanted to play, too. I wanted to have a go at it."

She's already gotten a taste of a live audience. Danes, a student of dance since age 4, has appeared in two modern dance pieces choreographed by Tamar Rogoff -- a solo performance in 2005 and a duet earlier this year.

"When I was in my dressing room, full of Adrenalin and anticipation and weird superstitious ticks, I was imagining everybody else in the theater district in their respective dressing rooms, getting buzzy and crazy at once," she says. "I guess I took refuge in that."

Between "Pygmalion" rehearsals, she's reading a Shaw biography, doing yoga and absorbing all the advice she's gotten about stage success from fellow actors.

"It's sort of like being pregnant," she says. "As soon as I mentioned that I was doing a play, everybody had advice and opinions and horror stories and secret potions. It was very amusing."

One thing Danes didn't have to worry about was Audrey Hepburn. She has the rare distinction of never having seen the film musical "My Fair Lady," which was inspired by Shaw's play.

"It's nice to just have that freedom to make my own choices," she says.

Her Doolittle begins "Pygmalion" as a raw, street hustling flower girl with a thick Cockney accent -- "I veer into Australian pretty easily," Danes warns - and emerges at the end a sophisticated lady.

Danes, surprisingly, hasn't needed much of that herself. She's managed to keep a relatively low-profile during her career, largely avoiding the pitfalls of fame and the gossip pages, except perhaps when she selects boyfriends. She often slips through Manhattan unrecognized.

"That's been really nice, actually. Hopefully, I can maintain that. I don't mean to be coy but...," she begins to say. Then, as if on cue, a server at the cafe comes out from behind the display case and approaches her table.

"Excuse me, sorry to bother you. Is your name Claire?" she asks.

"Are you Claire Danes?" the woman asks.

The server whirls and turns to her co-workers. "It is her!" she screams.

After the server triumphantly returns to her station, Danes tries to take another crack at her relationship to the paparazzi and fame.

"I'm sure there are plenty of people who don't have any interest in me," she says. "But I'm appreciative that I've been allowed to continue doing it for as long as I have and be as experimental as I've been and work on so many different scales. I've felt pretty uninhibited in that respect."